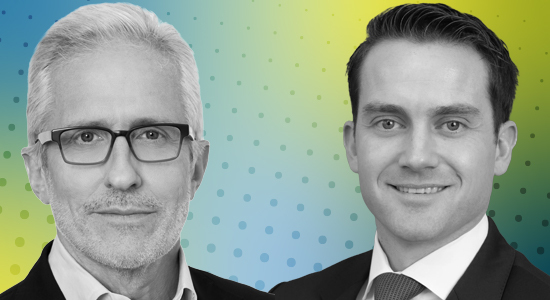 Private markets giants Brookfield Asset Management and TPG have raised a combined $12.4 billion so far for duelling investment strategies focused on assets that tackle climate change and have growth potential in the future economy.

Both North American firms announced initial closes on Tuesday for fundraises launched earlier this year, which have already drawn billions of dollars in commitments from institutional investors around the world. Toronto-based Brookfield said it has raised $7 billion for the Brookfield Global Transition Fund, while TPG, which is based in San Francisco, has collected $5.4 billion for the Rise Climate Fund, according to a statement.

Brookfield’s investment vehicle launched in February and aims to deploy capital into assets that “catalyse the transformation of carbon-intensive businesses” and “accelerate the global transition to a net-zero carbon economy”, a statement from the firm said.

Commitments to the fund have so far come from Canadian pension funds including Ontario Teachers’ Pension Plan, PSP Investments and the Investment Management Corporation of Ontario, as well as Singapore’s state-backed investor Temasek. At initial close, Brookfield said it has now set a $12.5 billion fundraising hard-cap for its Global Transition Fund and will continuing collecting capital throughout the rest of the year. The firm anticipates a traditional first and second close to be held before the end of 2021.

The investment strategy is co-led by Mark Carney, Brookfield’s head of transition investing, and Connor Teskey, chief executive of Brookfield’s renewables strategy, which has already deployed billions of dollars into solar, wind and other forms of clean energy and efficiency technologies.

TPG’s impact unit, meanwhile has raised $5.4 billion in a first close for its TPG Rise Climate fund, the firm said today. In doing so it has passed its original $5 billion target and is moving towards its $7 billion hard-cap. A final close is expected before the end of the year.

The firm described the fund as “a unique blend of capital from some of the world’s largest institutional investors and over 20 leading companies to invest in the entrepreneurs and businesses building climate solutions around the world”, in a statement.

TPG Rise Climate is led by TPG co-founder Jim Coulter and former US Treasury Secretary Hank Paulson. “By delivering impact-driven capital and business building capabilities at scale, TPG Rise Climate is designed to grow the wide range of commercially viable climate technologies that have been incubated by the research community, early-stage investors, and other climate innovation accelerators,” the firm said.

This article has been updated to distinguish between an initial close and a first close for Brookfield’s fund.