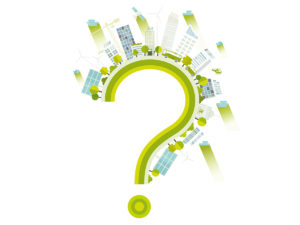 Among the many alarming revelations – versions of which you might have been hit with before – was her reading of how 2020, a year in which the pandemic had all but halted global travel, affected global carbon emissions. “It is likely that 2020 will see a dip as a consequence of the global lockdown,” she said. “But the sort of dip we will see is only the scale of change that we need to see year-on-year-on-year for the next 20 years or so. That highlights the scale of the transition required.”

How are institutional investors addressing the risks and opportunities associated with climate change? And what does that mean for private markets managers?

Nest is the UK’s national defined contribution system for savers who are auto-enrolled into workplace pension schemes. Established in 2010, it is now the largest UK pension by number of members and manages more than £13 billion ($18 billion; €15 billion) in assets. It currently invests in private credit, but not PE, and is predicted to be managing £100 billion by the end of the decade. As a young scheme – half of its savers are under 35 – its priorities reflect the horizons of its members.

The pension also expects its managers to report against the Task Force on Climate-related Financial Disclosures by the end of 2021, and is divesting from sectors with high climate risk, such as thermal coal, oil sands and arctic drilling.“We believe we have a social responsibility to contribute to a world which is fit for our members to retire into and enjoy their savings,” said Diandra Soobiah, head of responsible investment for the pension, at the Forum. To that end, Nest established a climate policy in 2020 that aims to halve its portfolio emissions by 2030 and reach net zero by 2030. “We are working very closely with our fund managers in setting out targets and expectations on how we expect them to evolve over time,” said Soobiah. “We are asking them to think about how to evolve their strategies towards a 1.5C target in the long term.”

The Office of New York City Comptroller, which manages $229 billion of assets across five public pension funds, is at an earlier stage in its move to sustainable investing. However, Cristian Norambuena, a senior investment officer at the pension system, said at the Forum that it had already been actively exploring commitments to buyout and growth fund managers whose “investment strategies are related to climate change or usually back companies within the energy transition trend”.

He added that the pension system’s two main climate change initiatives – as announced in 2018 – involve doubling its investment in climate change solutions from around $2 billion to $4 billion across public and private assets, and evaluating divestments in fossil fuel-related investments. Norambuena said that, along with energy transition-focused GPs in its $14 billion PE portfolio, the investor is also spending a lot of time on impact funds dedicated to climate change and goals such as financial inclusion and healthcare.

Climate risk and opportunity is “an important part” of the ESG agenda for Argentum Asset Management, a private equity investor owned by the Norwegian government, says Jon Fredrik Vassengen, a manager at the investor who covers ESG. Part of its due diligence covers climate, but its expectations for new managers also take into account where they operate and in what sector. “It is not a one-size-fits-all approach,” says Vassengen.

Argentum, which has €1.6 billion under management, asks GPs for portfolio company emissions data. It does not receive data for all the circa 700 companies, “but we get a good view of the most relevant companies in the portfolio”, says Vassengen. His colleague, senior associate Christoffer Gundersen, notes that, in 2019, the LP received carbon emissions reports on twice as many companies as in 2018, confirming that an increasing number of companies have this data available.

Getting into the detail

From the fund manager’s perspective, the demand for climate-related information is on the rise, says Julia Wikmark, sustainability manager for global private markets firm EQT. “The level of detail and number of questions has rapidly increased over the past two years, both in terms of EQT’s own operations and portfolio performance,” she tells PEI in January. Examples of frequently asked questions relate to greenhouse gas emissions (reductions or target setting), fossil fuel exposure and disclosures in line with the TCFD recommendations.

When it comes to climate-related reporting, the TCFD has proved to be a framework around which organisations have coalesced. PAI Partners, a European private equity firm with €13.9 billion in AUM, used it to formulate its own climate strategy, according to Cornelia Gomez, its head of ESG and sustainability.

“You start by calculating the carbon footprint, but when you have to act on it you don’t have the strategy or the framework to do so” she told the Forum in November. “That’s where the TCFD comes in super useful.” She recommended it as a “very well written scenario” to GPs currently thinking about how to approach climate.

If you are a GP that has yet to formulate a climate strategy, you are not alone, according to Suzanne Tavill, managing director and head of responsible investing for StepStone Group. She told delegates that there is a broad range of preparedness on this topic that, to some extent, is drawn along geographical lines.

“Europe and the UK are definitely leading,” she said. “We see it when we conduct due diligence… who’s got ESG policies, climate policies. Asia is quite mixed in terms of geography – there is certainly increased awareness in Japan and parts of China.

“The unfortunate laggard is the US. [However,] we are certainly seeing signs of that changing: both from a number of GPs and the LP universe becoming more vocal on the topic and adopting climate change policies.”