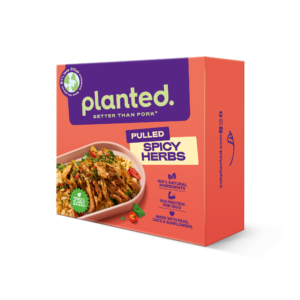 L Catterton, a giant consumer-focused private markets firm, has made a trio of growth capital investments into the food system, with the latest being a Series B round in Swiss food tech business Planted. The firm led a SFr70 million ($71 million; €72 million) round into the company, which was founded in 2019 and produces “meat” from alternative proteins such as peas, oats and sunflowers.

The capital will be used to grow Planted internationally, expand its product range with a line of “whole cut” products (think whole chicken breasts), and add an additional production site, said Planted co-founder Christoph Jenny in a statement.

L Catterton has developed a taste for alternative protein businesses and has now invested in three such deals through its growth platform (the firm has multiple consumer-focused fund strategies). The firm is raising its fifth growth fund, according to PEI Media’s databases.

In February this year, L Catterton led a $100 million Series B funding round in San Francisco-based Wildtype, which is cultivating “sushi-grade” cultivated salmon, alongside other VCs and celebrity backers (press release here). A little over a year ago, the firm led a $105 million Series B round in Aleph Farms, an Israel-based cultivated meat company growing steaks directly from non-genetically modified animal cells (press release here).

Michael Farello, a managing partner in the firm’s growth fund, described food as “a strong lever to promote human health and environmental stability”.

Animal agriculture is responsible for 15 percent of global emissions, “roughly matching the emissions from the transportation sector”, according to a July report from Boston Consulting Group, which concludes that investing in alternative proteins has “highest CO2e savings per dollar of invested capital of any sector”.