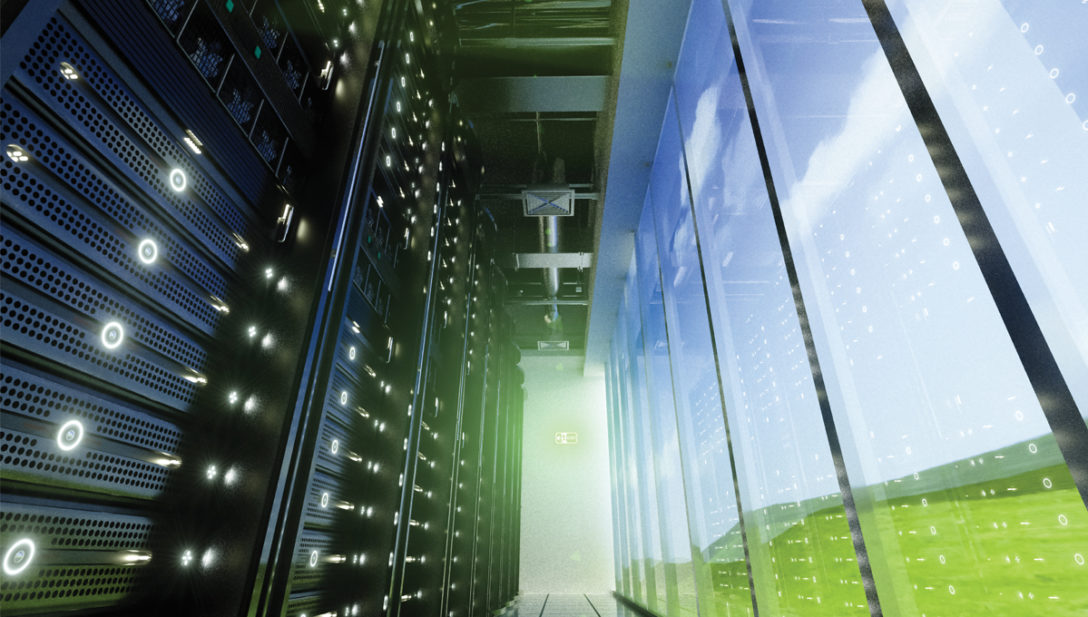 The data centre market is evolving quickly against a backdrop of technological progress, but the urgency of tackling climate change cannot be overlooked as this unfolds.

Colm Shorten, senior director of data centres at property consultancy JLL, describes the conflict this represents: “As data centres have grown, they have earned a bad reputation because they’re very power hungry. But as digital transformation and digitisation of our economies continues to grow, we have no choice but to build data centres.”

COP26 successfully raised awareness of climate change and the need for digital assets in general to be more sustainable. Data centres in particular are energy-intensive companies that consume 1 percent of global electricity, according to an article in the journal Science titled “Recalibrating global data center energy-use estimates.”

Jeff DeBlock, head of North American direct private infrastructure at manager CBRE Investment Management, says data centres are part of a strong secular growth rate that is expected to be in the double digits for the foreseeable future.

“This growth is occurring at a time when carbon intensity and other ESG concerns matter. To be a good data centre operator involves balancing those needs of cost competitiveness, a good ESG and carbon footprint, low latency and a great service that our clients expect and demand.”

The establishment of the Climate Neutral Data Centre Pact in January 2021 was a game-changer. Industry participants and trade associations of cloud infrastructure services and data centres in Europe committed to achieving climate neutrality by 2030, with the initiative supported by the European Commission.

Some of the largest players in Europe have now committed to making their data centres climate neutral or net zero by 2030, says Shorten. But, he adds, since the introduction of the pact, progress has been “steady but slow because it’s difficult to get harmonisation between the data centres and the different data center groups”.

Although most of the big data centres have a goal, very few have a plan, he explains. Meanwhile, “some of the legacy data centres struggle to make net-zero commitments because they don’t have the cash or the bandwidth with the initiatives to be that aggressive. The data centres need time to react, but they also need to be more proactive”.

“These metrics enable the operators to make specific targets and be held accountable to investors for executing against those plans,” he adds. “Data centre operator performance against these sorts of metrics and disclosure of data is feeding through to cost of capital.”

The EU’s Climate Sustainability Reporting Directive (CSRD), which is expected to come into force in early 2024, will also boost the imperative for data centers because it will require all large companies to publish regular reports on their environmental and social impact activities.

“One thing that CSRD brings in is dual materiality,” says Shorten. “So, it’s not only asking how is your business impacting the planet, but also how is the planet impacting your business? It’s never been looked at in this way before.”

The CSRD will be mandatory across the EU, unlike the Climate Neutral Data Centre Pact, which is self-regulatory. Shorten says it will also bring sustainability reporting in line with financial reporting.

Many other methods are being pursued across the data centre industry to reduce carbon emissions and manage climate risk.

As Brennan explains, “maximising the amount of power sourced from renewables is an area of particular focus, with most operators targeting 100 percent renewable energy over the medium term. Energy is often procured through power purchase agreements, which have the added benefit of providing some pricing certainty through the contractual structure”.

DeBlock says having a data centre running on renewable power helps end clients achieve their climate-neutral targets. “Here in North America, many of our lowest-cost electricity markets are also powered on 100 percent renewable electricity, and a couple of our data centers are playing into that advantage.”

Edge computing could also be a way to reduce energy consumption because it helps to reduce the physical distance between analysis and storage servers, often through colocation in the same site. “The operational synergies this brings also support reduced aggregate energy usage for the same tasks, as the total amount of data moving across networks can be reduced,” Brennan says.

Cooling systems used to cool the data centre’s racks of servers consume a lot of energy – around 40 percent of the total energy consumption of these facilities. Increased energy efficiency within cooling systems remains a key focus across the sector, particularly as energy prices have spiked, Brennan adds. “However, of equal focus is the extent to which data centre operators are seeking to optimise and increase the temperatures at which servers themselves can run, thereby reducing the level of cooling required. This has advanced in recent years and should help to reduce the amounts of energy consumed by cooling.”

Looking forward, data centres’ sustainable progress is expected to continue. Shorten predicts that in the next few years, more technological innovation will ensure data centres can operate with greater energy efficiency and contribute to the world’s decarbonisation mission.