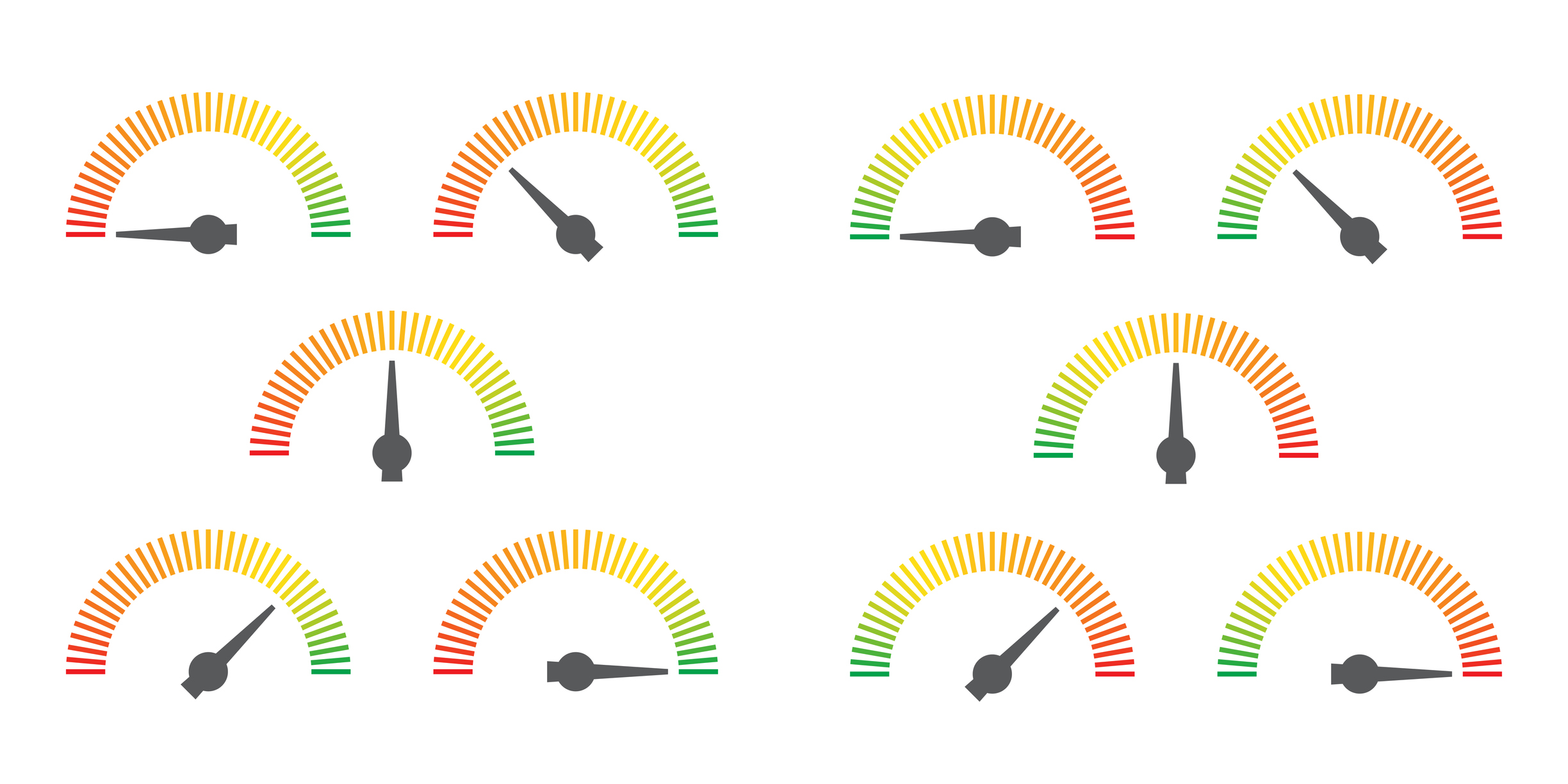 The pandemic has accelerated a whole host of trends that were in evidence before it upended lives across the world – and one of these is undoubtedly the rise of impact investing. As covid-19 ravaged health and exposed inequalities, businesses, investors and policy-makers appear to be coalescing around the idea that this is the time to “build back” in ways that value quality of life and the environment as much as financial return.

Nevertheless, impact investing has a problem. And it’s one reflected in the GIIN’s 2020 annual survey of impact investors. When asked what were the greatest challenges for the market over the next five years, two-thirds cited impact washing, while around a third said each of the following: inability to demonstrate impact results, inability to compare impact results with peers and lack of a common language to describe impact performance.This clearly creates an impetus around impact investing. “We already had engagement from some of the gigantic allocators and financial institutions,” says Amit Bouri, CEO of the Global Impact Investing Network. “When the pandemic first hit, many were just digesting what was going on; we’re now seeing investors that weren’t engaged in this previously look at how they can make a difference in areas as diverse as public health, the economy, racial justice and the climate crisis. Further, those that were already on board are now looking to invest more quickly in impact.”

It’s clear the latter three could well result in the former – impact washing.

And the issue is not a shortage of frameworks, metrics and tools to measure and manage impact.  The GIIN, for example reports that, 10 years ago, 85 percent relied on their own systems to measure their impact, whereas now, nearly 90 percent use some form of externally created tool or framework.

Most used were the United Nations’ Sustainable Development Goals, with the majority using these to set objectives, followed by the GIIN’s IRIS Catalog of Metrics and IRIS+, which were mainly used to measure impact, and then the Impact Management Project, used to both set objectives and measure impact.

The challenge is more around the alphabet soup of frameworks fund managers can use and the variability in the quality of measurement between firms. “There is a whole spectrum of ways to measure impact,” says Vikram Gandhi, senior lecturer of business administration at Harvard Business School and founder of impact investing platform Asha Impact.

“This can range from highly sophisticated randomised control trials [RCTs], based on the operations of a company and its outputs, through to the other extreme of a firm saying ‘this feels like impact, so it must be’. And there’s a lot of variation in between. Private markets clearly need to be aiming for something in between because RCTs are expensive and can really only be done by large foundations and governments, while the other end of the spectrum clearly lacks any rigour.”

As Shami Nissan, head of responsible investment at Actis, says, “impact measurement is very nascent – it’s still in the early stages of being developed”. And one of the issues is that, even where certain frameworks are being used, the way results are often communicated gives investors and other stakeholders little clue as to whether impact objectives have been met.

“Impact investing is hampered by a lack of standards and agreed frameworks,” she says. “There is a lot of room for everyone to communicate in their own way about impact. Impact measurement really comes down to intentionality. You need to be able to demonstrate, first, that you intend to deliver specific objectives around social and environmental impact – so you have to have a forecast of what your impact will be – then what your roadmap is to achieving that and then report how you did. If you don’t know what success looks like, how do you know whether you are on track?”

And this is where credibility issues can creep in, she adds. “I see a lot written about impact achieved, but with no reference to what the starting point and intention was – there is no cross-reference to original targets. That plays into the hands of the cynics, who can say that the information has been cherry-picked and that any impact is more incidental than intentional.”

In an attempt to quantify impact and to be able to compare the impact of different investments, Actis has developed its own impact scoring methodology, which it has made open source. “We wanted to go beyond a series of metrics and apply a measurement system to our investments,” explains Nissan.

“We wanted to be able to answer the question of whether, for example, a renewable energy company in India is more or less impactful than a healthcare investment in Africa or an education business in Brazil. All our investments use different metrics, but measurement is about being able to compare.”

TPG is another firm that has been working on this. Together with TPG Rise spin-out Y Analytics and social impact consultant Bridgespan, the firm has created a methodology – the impact money multiple – to assess impact before investment. “It has a mission that all private markets funds can use this methodology,” says Gandhi, who uses this example in his teaching. “It is designed to take the religion out of impact measurement and management and apply the same rigour as you would in financial measurement.”

While the proliferation of frameworks can be cause for confusion, the fact that a variety of tools exist is not necessarily a bad thing, says Stephanie Kater, partner at Bridgespan.

“You do need to use a number of different frameworks, but actually, the most important question in all of this is whether you are rigorous in how you measure and whether you can explain the logic of what you’re doing to an investor or the general public.”

Kater believes the way forward will be for firms to take existing tools and frameworks and adapt them to their own circumstances – much as Actis and TPG have done. “And actually, a lot of the heavy lifting has been done for others because both TPG and Actis methodologies are publicly available,” she says. “The TPG project took 18 to 24 months to complete; now, it can take funds just three to four months to customise what’s out there to create measurement systems that are right for them.”

This reflects the views of a survey of the Impact Management Project’s community of businesses and investors, published in July. It found that, while 62 percent of respondents felt that most impact indicators and metrics could be standardised, many also said organisations may need to complement these with more bespoke measures.

That said, some aspects of impact are still difficult to quantify. “If you think about racial justice, for example, how do you measure the value of not being afraid to walk down the street?” asks Kater. “And if you look at, say, financial institutions, you can measure how many loans are being made to black-owned businesses and that will clearly have an impact on the local community, but that can be difficult to measure.”

Yet some progress is being made in other tricky areas. Bouri points to work that the GIIN is now doing on how to measure employment quality. “We planned to do this pre-pandemic,” he says. “But it’s even more timely now because covid-19 has highlighted the fragility of employment for many people. Where previously, the focus has been on quantity of jobs, we’re creating a toolkit for investors to help them measure the quality of jobs they are creating – it’s an encapsulation of the role impact investment can have in our recovery.”

Ultimately, while it’s becoming increasingly possible to measure a whole range of impact outcomes, it seems clear that not all methods can be 100 percent scientific.

“We have to recognise that, while we can agonise over a whole range of metrics and measurement, you can’t eliminate the qualitative,” says Nissan. “There will always be a need to look at and communicate the human stories – you have to make it real for people.”

“By building rigorous measurement tools that ensure funds are allocated to innovative entrepreneurs and businesses that are creating both positive and measurable impact, as well as strong financial returns, we can increase investor confidence in the efficacy of impact investing,” she says.

“We can create a virtuous cycle where more impact investing creates better impact measurement. Better measurement increases confidence in our work and helps attract more institutional capital that can ultimately be deployed to a growing number of inspiring impact entrepreneurs.”

What matters, say the experts, is that you identify what you are seeking to do, are transparent about what you are doing and have done and – where possible – seek third-party validation. “It’s clear that good progress is being made,” says Gandhi. “But remember, it took 100 years to develop accounting standards – and we still debate these. The sceptics may always want to see hard numbers but, for now at least, qualitative information will have to sit alongside the quantitative.”

The variety of frameworks, metrics and methodologies around impact can be highly confusing for the uninitiated – and even for those further along the knowledge curve – in part because each is designed for a slightly different purpose. Here’s a round-up of some of those most commonly used.

UN Sustainable Development Goals. While the GIIN annual
survey suggests some investors use these to measure impact, this set of 17 high-level goals for the world – encompassing areas such as no poverty, quality education, gender equality, decent work and economic growth and reduced inequalities – is perhaps better used as a framework around which to identify investment opportunities and as a starting point for seeking out appropriate metrics.

IRIS and IRIS+. Collated and curated by the GIIN, IRIS+ (the 2019 upgraded version of IRIS, which was launched in 2008) is a catalogue of 600 standardised metrics that can be used for measuring impact, developed with around 1,000 stakeholders. Consisting of a set of core metrics sets in addition to the full catalogue of IRIS metrics, it also offers guidance on advancing impact measurement and management practice and is aligned with over 50 other standards, metrics sets and conventions, including the UN SDGs.

IFC Operating Principles for Impact Management. Launched in 2019, these high-level principles provide a framework for impact investing to ensure impact considerations are integrated into the investment lifecycle. The IFC is now working with the nearly 100 signatories to develop common impact measurement and impact performance measurement, with a view to potentially creating standardised impact reporting.

Impact Management Project. This network of over 2,000 practitioners aims to build a global consensus on how to measure and manage impact. It has put together a set of impact management norms – including the types of data that would be expected in any good framework and report. It has also launched a handbook on impact-financial integration that seeks to bridge the gap between impact and financial performance methodologies.

And then, of course, we have frameworks and systems including the UN PRIs, the Sustainability Accounting Standards Board, Aeris CDFI ratings, the Global Reporting Initiative, among others, plus firm-led initiatives that are being shared with others, such as the Actis impact score and TPG’s impact money multiple.