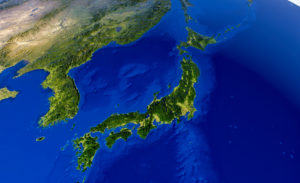 Pollination, an asset manager and venture capital firm focused on natural capital, is planning an “expansion into Asia… beginning with a focus on Singapore and Tokyo”, according to a statement from the firm. This expansion involves plans to open an office in Asia, a source familiar with the firm told New Private Markets.

In 2020, Pollination entered into a joint venture with HSBC Asset Management to establish Climate Asset Management, a series of funds targeting $6 billion, Pollination’s website states. CAM is seeking $1 billion for its first fund, for which HSBC will be a cornerstone investor, Pollination and HSBC announced in 2020. The second fund, a carbon credit fund, will launch in 2022 and target $2 billion, the firms added.

Alongside the planned expansion into Asia, Pollination has appointed Diana Callebaut as the firm’s first head of investments. Callebaut was previously head of real assets and private markets at TCorp, New South Wales’ treasury, and head of infrastructure at Cbus Super Fund. Shane Flatman, former chief operating officer at Blackrock Australia and OneVentures, has joined as chief operating officer. Rob Grant, former chief executive of Pacific Hydro and chair of the Clean Energy Investor Group, has joined as head of projects.

In February, Australian bank ANZ invested $50 million in the firm, taking approximately 12 percent in the firm’s equity. This investment was part of a planned $100 million Series B fundraising round for the firm, Pollination co-founder Martijn Wilder told affiliate publication Agri Investor in February.

Pollination did not respond to request for comment beyond the press release by the time of publication.