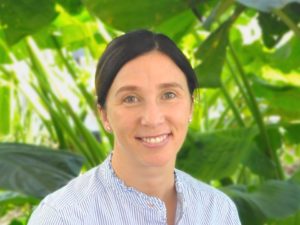 Packhorse Pastoral Company has appointed Dr Elaine Mitchell as the head of environmental, social and governance at the Australian firm.

Mitchell is a research associate in the ‘managing for resilient landscapes’ theme at Queensland University of Technology’s Centre for Agriculture and Bioeconomy. Her research focuses on soil carbon and looks at “the mechanisms and drivers of the formation and persistence of soil organic carbon, and how it responds to agricultural management and global environmental change,” a statement from the firm said.

Mitchell has also worked as programme manager at Bioclimate Research and Development, where she managed a portfolio of carbon sequestration projects in developing countries as part of the United Nations Emissions Trading Scheme.

“Packhorse is accumulating rural land on a mass-scale across Australia so the opportunity to implement regenerative practices based on science and deploy significant carbon sequestration projects is extremely exciting,” Mitchell said in a statement. “The expansive scale at which Packhorse is operating has the potential to positively impact climate change.”

The firm said Mitchell’s team at the Queensland University of Technology is working to develop a new low-cost soil carbon methodology that uses flux tower technology, project reporting and dissemination of research.

Packhorse launched an open-end fund in June that the firm hopes will raise A$1.5 billion within five years, all of which it would like to get from Australian investors.

“There are plenty of cattle companies that haven’t ever been able to deliver a return because they’re playing the highs and lows – [our approach] delivers a long-term income opportunity, and we’re committed [to the belief] that we will be able to list this in years to come and provide liquidity to investors.

“In time, every mum and dad should be able to buy cattle land in Australia without having to run it.”

The fund held a A$65 million ($47 million; €42 million) first close in July, which was used to acquire the fund’s seed asset – the 8,360 ha aggregation Stuart’s Creek in Queensland. Packhorse opened a second round of fundraising targeting A$50 million in September.