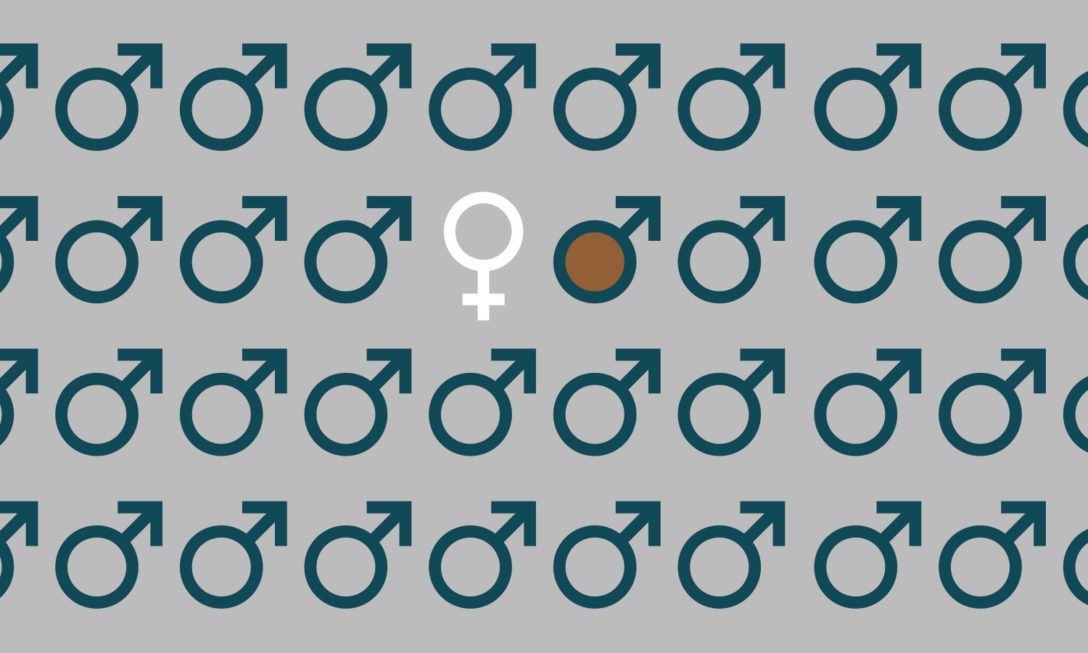 “I was in about a billion videos.”

So says a white woman discussing her time at a developing markets-focused investment firm. Despite the exaggeration, her sentiment is clear: that she was pushed to the forefront in order to communicate the firm’s gender diversity. It is a common observation by private markets professionals that fit the ‘diverse’ label.

New Private Markets spoke to around 40 private markets professionals who fit into ‘diverse’ categories – women, people with ethnic minority backgrounds and people who identify as gay – about their experiences with the ‘diverse’ label in an industry that has rapidly woken up to the importance of diversity. The conversations were conducted on an anonymous basis. Tokenism was a recurring theme. For some interviewees, the private markets community continues to judge people based on their gender and skin colour.

“There definitely has been some, ‘For fundraising, we need to roll out a female partner because [otherwise] it looks really bad,’” says a woman at a private equity firm. “We do have female partners, and they do have a voice, but there is that thought process of ‘If she’s not there, we’ll look bad’.”

A partner at a European infrastructure firm, who has Indian heritage, said he was put on the boards of many assets the firm invested in. He would be put forward for these opportunities before he was made partner and years before his white male peers with similar experience levels received the opportunity, he says. “They think I’m Asian and if it’s a road or something in Asia or where the people look like this, then they need me.”

Another woman at a private equity firm says: “The second Black Lives Matter started, we were [catching our Black staff members and] not even asking them how they were, but just saying, ‘We need your advice on this.’ And they would say, ‘I don’t speak for the whole of the Black community, so why are you asking me?’”

A woman at a venture capital firm says: “We sense it sometimes, that we’re just here to tick the box. You know [that’s what has happened] when there’s just one diverse profile in the entire firm.”

Such tokenism typically concerns visible diversity – singling out people who look different to the norm, such as women and people of colour – rather than non-visible forms of diversity.

A woman on the investment team at a UK pension fund says: “We have one Black person on the entire investment team and he’s been in all of the photos. I think it literally started on his first day. I’m Eastern European, no one can pronounce my name, but I look white so I’m just like everybody else.”

Having more diversity in a firm’s staff or leadership can give the firm a competitive advantage, as one example relayed to New Private Markets illustrates.

A woman at a private credit firm volunteered with a scheme called 100 Women In Finance, in which LPs commit to investment meetings with GPs where a woman leads or is the key investor relations decision-maker at the firm. The volunteer was charged with sifting through the applications from GPs.

“At least a third of applicants had clearly put a woman on the investor relations team just in time for the meeting. You can tell if her title is lower than what they say her responsibilities are: for example, they say she makes the final decision but she’s not ‘head of’. Or it becomes clear when they actually have the meeting with the LP and she clearly doesn’t have the experience for her title,” she says.

A VC firm founder says: “I have a very unique perspective because I’m an old white guy. I don’t present as diverse, but I’m gay. But because I don’t present as gay – I don’t take my rainbow flag to investor meetings – nobody is censoring themselves around me. I just present as ‘one of the guys’. It’s very interesting, the unconscious bias that exists.”

The VC’s female co-founder, however, described being treated as a token hire in meetings: “In group meetings, 90 percent of the focus will be on [my male co-founder]. They’ll pose all the questions to him instead of me, including all the finance questions, even though I’m the financial brain of this operation.”

Several people New Private Markets spoke to reported that the industry’s current diversity push means many people assume they are token hires, even when they are sure this is not the case. An Indian female executive at an American placement agent said: “You feel it in a thousand tiny ways.”

Although she knows she is not a token hire, she finds other people she works with in the industry assume she is a token woman. “They look at you like, ‘Ok, but let’s wait till the man or your boss is here.’ Or they look at you whenever anything to do with women or India comes up, like that’s all I care about.”

A Malaysian woman at a lending firm says: “I’ve faced racism and people looking at me and thinking I can’t do the job for years.”

She describes various prejudices she encounters: “Before it was that I couldn’t speak English, I wasn’t educated, I didn’t understand the Western world. Or I’m going to have a baby and go back to [my home country]. Now it’s ‘poor you, we have to help you out, speak up’.”

Tokenism can lead to practical hurdles and disadvantages for people with diverse profiles.

One woman on the portfolio management team of a private equity firm said she is often sent to investor relations meetings, joining an all-male Europe IR team. She said that while she initially appreciated the opportunities to travel and interact with more of the firm, she had nothing to contribute at investor meetings. But these meetings often happen “when I’m working on something and suddenly I have to drop everything and travel; so someone else takes over my report or I’m late to submit my work”.

Where does this leave the industry?

This is not to say DE&I efforts are either unwelcome or not worthwhile. Aside from the moral and ethical considerations, there is quantitative evidence showing a correlation between diversity on staff or boards and company performance. A report by Harvard Business Review on venture capital firms found: “the success rate of acquisitions and IPOs was 11.5 percent lower, on average, for investments by partners with shared school backgrounds than for those by partners from different schools. The effect of shared ethnicity was even stronger, reducing an investment’s comparative success rate by 26.4 percent to 32.2 percent.”

A recent report by private equity investor RCP Advisors “confirms that diverse managers in the lower middle market have a higher propensity to generate returns that meet or exceed the broader market, often doing so with less downside dispersion.”

“Senior management [at a GP] has to see diversity as a strategic move for their business,” Denise Le Gal, chair of the £30 billion Brunel Pension Partnership, an investor in private markets funds and proponent of diverse investment teams, tells New Private Markets. “What has been disappointing is the time it has taken for GPs to recognise that if you have that mixture of men and women, you get better results. Someone from a different background will have a different viewpoint. If you’re all the same, you end up with herd thinking. You don’t have any challenge to yourself. [Diversity] is about risk mitigation.”

It should be noted that some interviewees took issue with the popular notion that people from different backgrounds will inherently think differently. Said one man, of North African heritage, working in investor relations at an infrastructure firm: “I do think that’s racist; if they’re just looking at us and assuming we’re thinking differently or acting differently because of the colour of our faces, like we’re from another planet […] how is that not racist?”

The Malaysian direct lending executive said: “We’re all looking at everyone and thinking they’re different because of the way they look. I don’t think differently. After three decades – and I’ve lived in London and New York – I think exactly the same as everyone else in the industry. I have the same experience. You have to think the same, you have to work together, that’s just the industry.”

It is clear that LPs and GPs are subscribing in greater numbers to the idea that they should strive for a more diverse and inclusive industry. A reliance on tick-box exercises and quotas may not be the best way to get there.

“When [GPs are] hiring people for diversity, they have to have people who are right for the job. Not just because they fit a certain box,” says Brunel’s Le Gal. “We’re not really in favour of targets – such as a numerical target of ‘30 percent women on the board’. That is box ticking.” Brunel prefers to see GPs show a “thoughtful” strategy to achieve more diversity, with a focus on inclusion – where people with diverse profiles are equal participants in their roles.