I predict The Key Man will become required reading for those in private markets.

Why? Because it exposes in dramatic style some of the structural weakness in the private capital system. It also forces us to consider the limitations of impact investing: a segment of private markets that rides on a wave of almost unbridled enthusiasm and ambition. 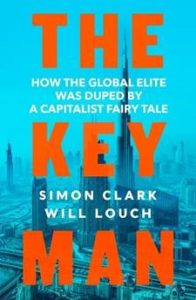 Authors Simon Clark and Will Louch have meticulously pieced together the story of Arif Naqvi. At the height of its pomp, Naqvi’s firm The Abraaj Group looked set to upend the old world order of private equity. As impact investing was coming of age, Naqvi was its loudest proponent, promising to mobilise private capital to eradicate global poverty, while haranguing the Western buyout establishment for taking their eyes off the ball on governance, transparency, philanthropy and stakeholder management. At the same time, however, he was diverting investor capital – $780 million of it according to the liquidators working on Abraaj – to maintain his image as a modern private equity doyen.

The events detailed in The Key Man raise many important considerations for the private markets industry. I’d like to highlight two in particular.

The first is manager selection. While Abraaj was an unprecedented one-off in this industry, it showed frailty in the way in which institutional investors assess and commit capital to private fund managers. Huge commitments can be made based on a compelling presentation and the GPs’ self-reported performance data. A reliance on LP referencing means that a poor decision by one investor can be easily followed by others.

While the remains of Abraaj have been pored over by administrators, the concept of impact investing has gone mainstream. Firms raising impact capital today don’t tend to pitch themselves with the same level of hyperbole as did Naqvi, who, on stage at the Milken conference, compared his endeavours to Moses in his bid to “change the way the world thinks”. But they are raising a lot of capital: Apollo, Goldman Sachs, Brookfield are just some of the firms raising billion-dollar-plus impact funds at the moment.

Does The Key Man blow the concept of impact investing to pieces? No, but it does give it enough of a shake to show us its limitations. The Abraaj Growth Markets Health Fund, which was the first part of the Abraaj façade to crack, was a case in point. The promise of the fund to deliver healthcare to the poorest people in the world was – even without the presence of fraud – unrealistic. “Abraaj couldn’t provide free healthcare because its fund, which was announced with so much fanfare at Davos and paid salaries of hundreds of thousands of dollars a year to executives recruited from private equity firms, management consultancies and private hospitals, needed to earn big profits to survive,” the authors write.

The Key Man does not discount the significant role private capital can play in solving the world’s problems. It does, however, highlight the contradictions that risk undermining that mission. One is that by accumulating wealth, successful investors are contributing directly to inequality. Another is that discussions about helping the poor too often include only the wealthy. Or as the authors dryly put it: “The meeting to end poverty started with cocktails before dinner.”

The Key Man reads at the pace of a thriller and will rightfully take a place alongside Barbarbians at the Gate on my bookshelf. It is available to buy now.