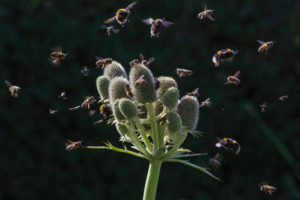 The UK passed its long-awaited Environment Act in November 2021, and one of the most highly anticipated new rules is that all new significant building developments must achieve a biodiversity net gain of 10 percent.

But the trouble is, as Gresham House managing director and fund manager for the firm’s BSIF strategies Peter Bachmann told affiliate title Agri Investor, depending on where the land to be developed is located, “you might need to use over half of the land for biodiversity to meet that 10 percent requirement”.

To help developers get around this, Gresham House partnered with the Environment Bank earlier this year to develop habitat banks in areas sought after by developers, where they can develop projects capable of delivering a biodiversity net gain.

“Defra [Department for Environment, Food and Rural Affairs] has a very defined biodiversity calculator that looks at the site baseline, looks at what you’ve done to it and then determines how many biodiversity credits are created,” Bachmann explained. “And those credits are then what we’re looking to sell back to developers to help them meet their obligations to increase the site baseline on their site.”

Make no mistake, the advent of what is arguably the world’s first biodiversity credit – the development of which is backed by legislation – is a big deal.

Everyone from specialist impact investors like SWEN through to industry giants such as Nuveen and major LPs like CPP Investments – to name just a handful of players – are all on the trail of biodiversity credits and are at differing stages of figuring out how and where they can make their entry.

And to broaden the picture a little further, the need to protect and enhance biodiversity, halt species extinction and with it ecosystem collapse, is on par with climate change as one of our most pressing global challenges.

To ensure the UK’s biodiversity projects are not simply developed and soon after neglected, buyers of the credits enter into a 30-year tripartite conservation covenant with the local planning authority and the Environment Bank.

“With that, you’re obligated to operate and maintain this biodiversity habitat area in a certain way. The covenant is very specific as to what you’re supposed to do, how you maintain it and all of those things,” Bachmann said. “The Environment Bank pays for the maintenance – the way it works is that with the credit sales revenue, we then effectively create an escrow account where all of the costs to operate and maintain the habitat bank for the 30 years are provided for.”

It is too soon to speculate on how much a single biodiversity net gain credit will cost, but one thing every stakeholder interested in seeing a monetary value attached to natural capital benefits agrees on is that generating demand will not be a problem.

“The Dasgupta report last year was brilliant and finally shone a light on the economic value of nature,” Bachmann added. “So I think that people will start to recognise it and start to say, ‘how can we do nature a bit better?’ Nature and biodiversity might become a much bigger market than where carbon is. There is a huge need to change it.”

In the context of ever-growing voluntary and compliance carbon markets, Australia’s Reef Credit Scheme successfully monetising improvements to water quality and now the first development of biodiversity credits, natural capital investments should be able to attract a wide breadth of investors for a long while yet.