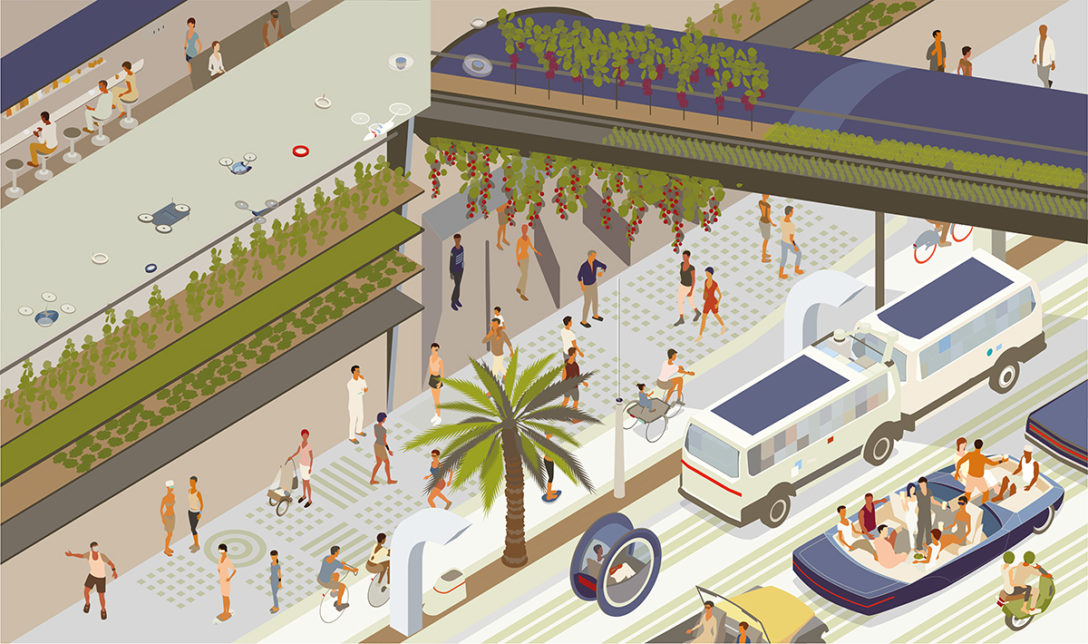 A cornerstone of the US Democratic platform in our era is the acknowledgement that climate change is real, and that we as a people need to do something about it. And while the Republican party may not outright deny climate change, it does tend toward prioritising American energy independence, and towards allowing American companies to economically benefit from exploiting the nation’s vast oil and gas reserves.

As the Biden administration attempts to advance its climate agenda, it faces challenges in the form of tenuous congressional majorities, entrenched economic interests and public opinion that lags behind the rest of the developed world. Overcoming these hurdles will require determined executive action, as well as escalated commitment to ESG principles from businesses and investors who recognise that climate change has arrived as a material financial risk. And with the system having so far resisted major efforts to address the looming crisis, some novel regulatory approaches may be required.

Fran Seegull, executive director of the US Impact Investing Alliance, a lobby group that raises awareness about impact investing, sounds a hopeful note about the first months of the post-Trump era. “The good news is that we are seeing a complete 180 on this issue under the Biden-Harris administration, which has already issued several executive orders aimed at incorporating environmental risks and opportunities into government decision-making and specifically into regulations,” she says. “The legislative and rulemaking process is an arduous one, so there is still a long way to go to fully implement these changes. But the early signs are definitely encouraging.”

Unlike the EU, which has overarching legislation binding member states to emission reduction targets, the US has not passed a landmark climate bill. Instead, climate policy is made up of a patchwork of city, state and federal measures. But the nation wasn’t always this far behind the curve. “The US has historically been one of the leaders in setting environmental standards, going back to the passage of the Clean Air Act of 1963,” Seegull says. “The US also played an important role in building consensus for the Montreal Protocol, which formally went into effect in 1989 and helped protect the ozone layer.”

In the decades since, however, the political situation has become more difficult, even as the climate crisis has turned acute. “Unfortunately, unlike many other countries, some of the questions about basic science are politicised,” says Steven Rothstein, managing director of the accelerator for sustainable capital markets at the non-profit Ceres. “And so that leads to people questioning basic science.”

According to the recent UN People’s Climate Vote survey, the US placed last among high-income countries by number of respondents recognising the climate emergency, at 65 percent. By contrast, in both the UK and Italy, the leading countries, 81 percent acknowledged the crisis. Next, with 79 percent, was Japan, homeland of the Kyoto Protocol, the emissions-limiting treaty that the US Senate pre-emptively renounced in 1997.

“Many [issues] in our country now are highly polarised, at least in Congress, and this is clearly one of them,” Rothstein explains. “We have a diverse set of policymakers on the state and federal level, legislators and regulators, and in the prior administration there was even a question if climate change was happening. Now that there is clearer policy from the government, you’re seeing a rapid growth, both in the public and private sectors, to respond.”

But attitudes about the importance of environmental impact on business have not kept pace with the urgency of the problem. “In the US, we are lagging behind as we battle persistent misconceptions that ESG factors either aren’t material or that a reasonable investor isn’t interested in gleaning that information,” Seegull says. “We know both of those statements are false – studies continue to show that ESG is effective for mitigating risk and often outperforms, and investors and other stakeholders are increasingly demanding access to this type of information.”

Such efforts may soon get a boost from the executive branch. “Regulating climate change as a financial risk is gaining a lot of momentum, following the lead of the EU and the UK,” says Madison Condon, who teaches environmental and corporate law at Boston University. She points to a May 20 executive order on climate-related financial risk, directing federal agencies to assess and mitigate risks including physical damage and transition costs.

More aggressive measures could include discouraging banks from lending to oil and gas companies, something 15 US state treasurers have already warned climate envoy John Kerry not to pursue. These officials, including representatives of West Virginia and Pennsylvania, said in a letter that their states would not do business with any financial institutions that shun fossil fuel producers. This stance exemplifies the ingrained opposition to any serious attempts to wean the country off of oil and gas.

“For the private funds industry,” Seegull says, “the main thing to keep an eye on is the expectation that all companies may soon be required to disclose their climate risks. Some large public companies are already doing this, but the SEC is currently looking at whether climate disclosures should be mandated in a clear and comparable fashion across the US economy.”

Seegull’s group advocates a holistic ESG disclosure framework, not one limited to climate risk: “The past year alone has shown the critical importance of the ‘S’ and ‘G’ issues alongside environmental factors, and we’re facing a significant opportunity for regulatory progress.”

“We give the SEC great credit for their work initially, hiring staff [and] setting up committees,” Rothstein of Ceres says.

He points to the pandemic, and the possibility of another, as an example of major disruptions that may not appear immediately but nonetheless demand attention: “There are many risks that may not show themselves in the next 12 months, but companies plan for them every day.

“For climate, there is no vaccine. If we don’t make significant changes in our economy, [it’s] just going to get worse and worse.”

The most ambitious part of the Biden administration’s plan to reduce planet-warming pollution is a measure called the clean electricity standard, which would mandate gradual increases in the amount of power generated from renewables. But with a razor-thin Democratic majority in the Senate, passing this into law would require a parliamentary procedure called budget reconciliation, which has to be supported by all 50 Democrats – among them, coal country Senator Joe Manchin of West Virginia.

Absent new legislation, and apart from executive orders, federal climate policy will continue to rely on the Clean Air Act. “Under Obama there was the Clean Power Plan that was stalled in the DC circuit [during the Trump administration], which regulated coal power plants,” Condon says. In light of Biden’s target of reaching net-zero emissions no later than 2050, more drastic action under the law could be required. “The EPA has to decide: is it going to reinvigorate that same rule, or are those standards now outdated?” And judicial review remains a potential stumbling block: “All of this has to survive in the courts, which is a huge question, frankly.”

Accordingly, the financial system may prove an attractive arena for policymakers looking to hasten the energy transition before it’s too late. And time is of the essence when it comes to returns, as well. “Asset managers that have a lot of experience with ESG or impact investing should be in a good position to incorporate climate risks across their investment portfolio,” Seegull says. “But [those] that have been slow to adapt may face more of an uphill battle in getting into alignment with both financial regulations and industry best practices.”

The benefits of catching up to comparable countries would go beyond potentially staving off climate catastrophe, as if that weren’t enough.

“No [multinational] company wants to have a completely different set of rules and regulations in the US versus the EU, for example,” Seegull says. “It’s critical for US economic competitiveness that we institute disclosure standards on par with other jurisdictions.”