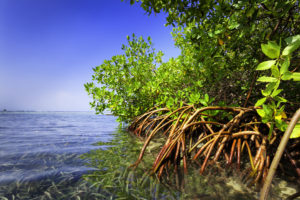 Fund management business Schroders is establishing a natural capital impact investment firm in Southeast Asia. The firm has collaborated with Conservation International, a global non-profit, to form Akaria Natural Capital. The nascent impact firm will apply for a fund management licence from the Monetary Authority of Singapore, the firm said in a statement on Monday.

Akaria plans to establish a series of funds and to deploy capital into between 15 and 20 “high quality natural capital solutions projects across Southeast Asia over the first five years”, the firm said.

Leading the initiative as Akaria’s chief executive is Gary Addison, a long-time private markets investor who spent 13 years at 3i in Europe and a further five years at Actis, latterly as head of its Singapore operations. Addison came up with the concept for the new impact firm with two Conservation International staffers, Robert Baigrie and Richard Jeo.

Addison is joined at Akaria by Simon Chadwick as chief impact investment officer. Chadwick has spent the last nine years building a private equity investment platform for a family office, having previously developed a carbon credit investment programme for the family’s shipping business. Before this he was founder and CEO of the Asian Venture Philanthropy Network. His background is in private equity fundraising and fund admin, and he spent 13 years at Schroders.

The objective of Akaria is to deliver “both long-term returns and positive environmental benefits”, the statement said. They will also target positive impacts for local communities. Schroders did not give further details on the firm’s strategy or how it intends to structure its funds.

Momentum is gathering behind the formation of natural capital as an asset class as investors get to grips with the urgent need to protect natural assets. The area is still, however, in its infancy, with fund managers frequently collaborating with non-governmental organisations to plot a way forward. Schroders’ collaboration with Conservation International, for example, “aims to contribute to better understanding how to allocate capital towards nature and supporting the development of a natural capital investment market”.

Foresight Group, a UK-listed infra and PE investor, recently linked up with the Eden Project, a UK-based charity, to collaborate on a number of initiatives, including the creation of Foresight’s “nature recovery statement”, which the firm expects to release later this year.