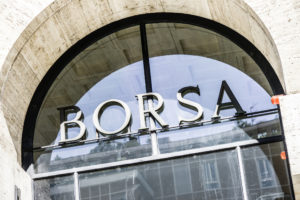 Apollo Global Management has made its first impact investment, the firm announced today. It has bought a 67 percent stake in Reno De Medici, a Milan-listed producer of recycled cartonboard. Apollo is paying around €365 million for the stake, which it is buying from the two largest shareholders in the business: Canadian packaging company Cascades and institutional investor Caisse de dépot et placement du Québec. The ultimate aim is to de-list the business fully.

“Already one of Europe’s top leaders in recycled cartonboard, RDM is well positioned for continued growth as more companies replace plastics with sustainable packaging,” said Mark Becker, senior partner and co-lead of Apollo Impact. Cartonboard has a variety of uses in packaging and publishing.

“As the inaugural investment led by the Apollo Impact platform, RDM reflects our strategy to find good businesses where we believe we can drive financial and impact performance to increase their beneficial effects on society and the planet,” said Becker.

The announcement listed the buyers as “certain funds managed by affiliates” of Apollo. The firm is still raising its debut impact fund, which is understood to have a $1 billion target. Although it has not updated the market on its progress on this particular vehicle, the firm said on its Q1 earnings call in May that it had “raised a significant amount of capital from third-party investors near the high end of the $15 billion to $20 billion annual range we […] discussed in the past.”

Apollo declined to comment on how the fundraising was progressing.

Speaking at affiliate title Private Equity International’s virtual Responsible Investment Forum: New York in March, Joanna Reiss, co-lead of impact and partner at Apollo, said that what sets the alternatives giant’s strategy apart is that it invests in later-stage businesses.

“Our view is that by doing so we can generate a lot of more impact because we are widening the aperture on the investable universe away from those areas where the focus has traditionally been,” Reiss said. “This also allows ourselves to think a little bit more broadly about how to own businesses for impact and not just buy businesses that are impactful on day one.”

Lisa Hall, impact chair at Apollo, noted during the panel that impact investing was “traditionally focused on early-stage, venture and [was] increasingly moving toward growth”. She added that Apollo’s impact strategy would look at the part of the life cycle that is not being addressed by most impact investors.

“We think we have a very unique opportunity to serve later-stage companies – to really be able to provide buyout opportunities and potentially carve-outs and platform build-ups,” Hall said.

Carmela Mendoza contributed to this report