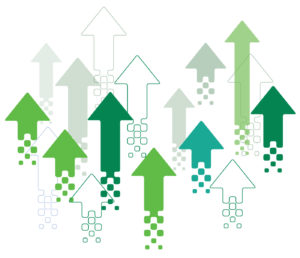 Bain & Company’s 2020 Global Private Equity report illustrated impressive growth in ESG and impact-dedicated funds in the last year, and it outlined the significant positive effect such investment can have on performance and bottom lines.

In 2019, $28 billion of assets was raised or being raised by impact funds – a more than 55 percent increase on the full year of 2018 and a 154 percent increase since 2015. Equally, the size of impact funds being raised has increased significantly, with some of private equity’s biggest names getting in on the action. TPG Capital, which already raised $2 billion for its first Rise Fund, is currently targeting $2.5 billion for its next one, and in 2018, Partners Group launched its PG LIFE fund and KKR launched KKR Global Impact, both with targets of $1 billion.

Although many firms are still on the fence about the attractiveness of ESG investing, there is significant evidence that responsible investing can positively impact a fund’s performance – something that hasn’t gone unnoticed by investors.

In some cases, improving a company’s ESG impact can have an immediate tangible effect on returns. Bain’s report cites the examples of Unilever, which has saved $1 billion since 2008 by curbing excessive usage of resources, and 11 of KKR’s portfolio companies, which are predicted to save $11 million per year by cutting down on water and energy use.

PE firms are paying attention to their LPs and the data. Since 2012, the number of signatories of the UN-supported Principles for Responsible Investment has more than doubled to 2,400 firms managing a “staggering” $86 trillion in capital.