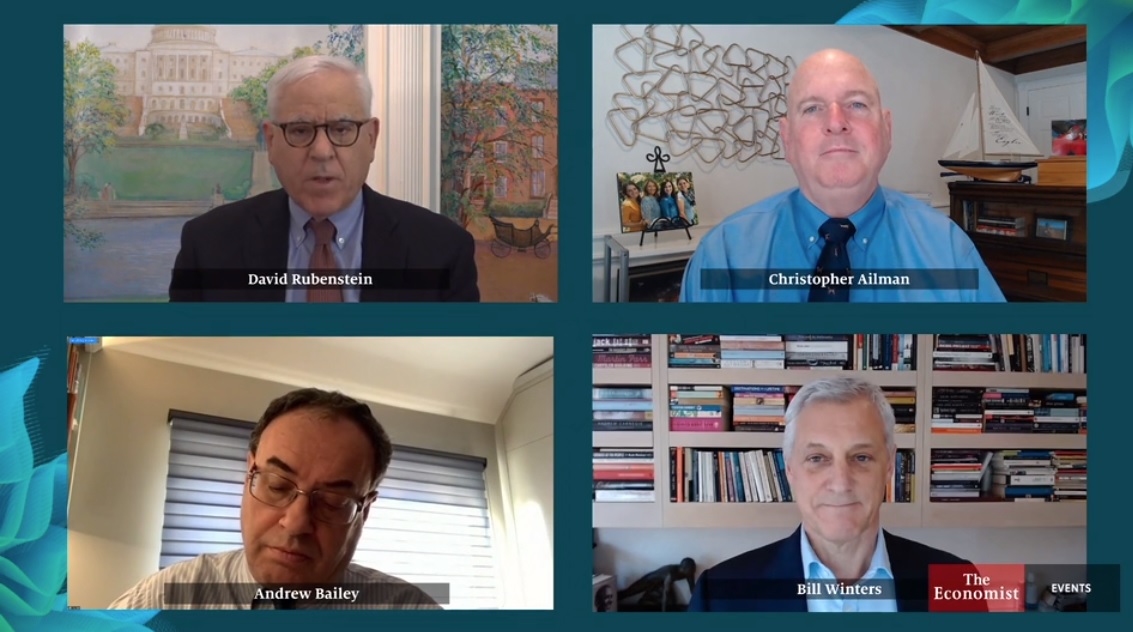 Speaking on a conference panel, Ailman was asked by Carlyle founder David Rubenstein: “If I’m a California state teacher, I now have a pension fund that, like most big pension funds in the US, is so-called ‘underfunded’ […] Should I be saying to Chris, ‘Get the highest rate of return you can legally get, I don’t care about ESG… environment, I just want the highest rate of return’… What do you say to that person?”

“They absolutely say the first part of that sentence, which is ‘fully fund my pension’ but then they don’t say the other part,” replied Ailman. “What they say is, ‘and make that return sustainable into the future’.”

“It doesn’t do any good to pay a teacher a pension in 2050 if the earth is scorched and their cost of living has gone through the roof because of climate change.”

“I often say, it doesn’t do any good to pay a teacher a pension in 2050 if the earth is scorched and their cost of living has gone through the roof because of climate change… so we’re trying to do both, which is tough, […] which is make that return, and not sacrifice return, but do it in a way that’s more sustainable and longer term.”

At the start of 2020, Ailman was one of three pension fund investors to write an open letter stating that they would seek out managers that took ESG seriously, eschewing those that “only focus on short-term explicitly financial measures.”

Ailman was challenged by Rubenstein with a hypothetical dilemma: “Let’s suppose I am a private equity person… I come to CalSTRS with a 10-year track record of 35 percent net internal rate of return… I am a technology software specialist […] and I say to you, ‘Give me some money.’ And you say to me, ‘Well what is your ESG policy?’ and I say, ‘I don’t care about that; you want 35 percent net internal rate of return, give me money.’ […] Would I get the money from you or not?”

“You would get a long debate, David,” replied Ailman. “And in the end that’s going to be part of a tough call. I don’t know a firm that doesn’t have an ESG policy at this point. If they are making 35 percent in the tech field, they are going to be paying attention, because they’ll have university endowments, sovereign wealth funds, who all care about E, S and G.

“By and large private equity is looking at long-term business risks, many of which I define as E, S and G risks. So we would probably be pretty reticent to invest if they were really adamant that they did not have a policy […] We want every firm that we do business with to have an ESG mandate or at least an ESG screen on their investment decisions.

“We think it is absolutely critical to be able to make money and to manage risk. And private equity is all about managing risk.”

On the return to office

The panel also discussed the operational realities of returning to the office in a post-pandemic world. Ailman expressed serious concerns: “We were able to move 100% remote within three days. It has been incredibly effective.

“We’re not as efficient because we lack that interaction and that talk around the office, so maybe 75 percent effective. We posted a net 13 percent return last calendar year, so return-wise obviously it’s been a tremendous time, and we produced 100 points of alpha over our benchmark.