New Private Markets
Home News & Analysis Managers Can we innovate our way out of post-Roe problems?
Return to search 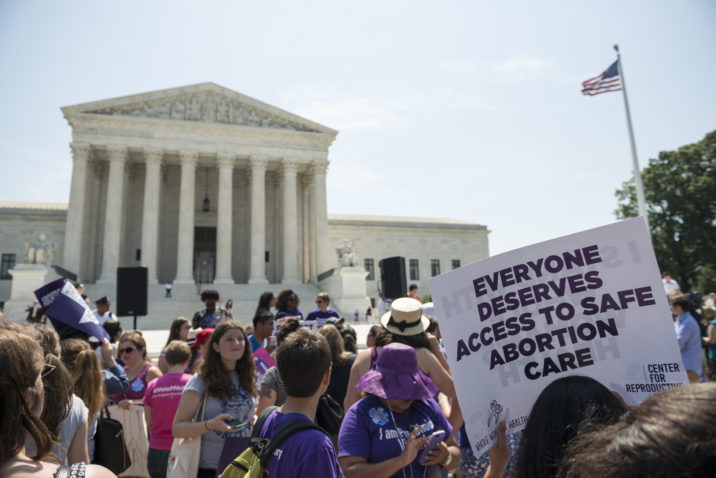 Now that the US Supreme Court has ended the constitutional right to an abortion, the pressure is on to create technological solutions to help those negatively impacted by the ruling. Venture capitalists focused on women’s health are more than ready to confront the challenge and are eager to put their capital to work.

“The number of innovators developing products for women’s health has increased in recent years, and this recent [court] decision further invigorates people to innovate in this space,” said Maneesha Ghiya, founder of FemHealth Ventures and one of 10 women featured in affiliate publication Venture Capital Journal’s second annual Women of Influence list.

FemHealth, which is raising a debut fund of $50 million, has seen more investor interest since Roe v. Wade was overturned. So has RH Capital, another firm focused on women’s health. It had plans to hold a final close on $30 million for its latest fund this week, but now it is keeping it open. “We’ve had so much interest in the past week” from family foundations, family offices and high-net-worth individuals, said managing director Elizabeth Bailey. “They’re just coming out of the blue, saying ‘We want to invest in a fund that is making a difference in this space and has the ability to effect change.’”

‘Now is your moment’

The Roe decision has also prompted some VCs at big healthcare firms to jump into the fray. Christina Farr, a health-tech investor at OMERS Ventures, posted on LinkedIn: “If you are in digital health and want to stand up for women, now is your moment. It’s time to get creative. We say we are about access for those who don’t have it – so let’s prove it.”

Holly Maloney, a managing director at General Catalyst, was one of the people who answered Farr’s call. She joined a discussion with several other investors Wednesday “to figure out how we do more collectively,” Maloney said. “These problems are too large to solve through any one company or any one investment firm.”

One area in need of innovation is pre-natal testing, said FemHealth’s Ghiya. Blood tests can now be done at about eight weeks of pregnancy to determine if a fetus has a life-threating genetic disease. But those tests are of no use to pregnant people in states (currently three) that prohibit abortions after six weeks. “We may see businesses figuring out how to do it earlier,” Ghiya said.

She also sees a need for providing doctors with more quantitative data to support their decisions about terminating a pregnancy. The overturning of Roe means doctors face more litigation risk around abortion decisions.

Yet another concern is privacy, due to fears that law enforcement in states that have banned abortion may get access to digital information about people who are pregnant or who have ended their pregnancies. “There is definitely a need for privacy-based messaging and payments,” said Maloney. “There needs to be a messaging and payments stack that allows a woman to get the care that she needs without fear of the government getting involved. Otherwise that person will opt out of the healthcare system, which is the worst event.”

VCs have already invested in a variety of companies that are especially relevant now, such as Choix (pronounced “choice”), a telemedicine clinic that provides abortion pills (a combination of the drugs mifepristone and misoprostol). Choix raised $1 million in seed funding led by Elevate Capital in June, and it said it plans to raise another $500,000 to $1 million in coming months.

Investors have also backed companies working on birth control pills. Bailey notes that about 45 percent of pregnancies are unintended, which suggests a lack of access to contraceptives or a lack of appropriate products. “In a post-Roe world, pregnancy prevention has become essential,” she said.

Cadence Health is working on making affordable birth control pills available without a prescription, while Nurx is a telemedicine company that provides birth control pills and other medications through the mail. Both companies have significant venture backing. Cadence has raised about $33 million from nine investors. Meanwhile, Nurx collected about $162 million from the 34 investors before it merged with Thirty Madison in February, according to PitchBook.

Bailey and her team have also backed a number of other companies that make new types of contraceptives, because no single product has been found to work for everyone. That is especially true for birth control pills. “Somewhere between 40 and 50 percent of women discontinue use of hormonal contraceptives because of the side effects,” both physical and mental, Bailey said.

One alternative is a copper-based IUD being developed by Ocon Healthcare. Another option is a new device made by Oui (also known as Cirqle Biomedical) that aims to prevent pregnancy by using the “natural barrier properties of cervical mucus.” Ocon has raised $12.5 million in venture backing from 13 investors including RH, and Oui has raised $1.8 million from RH and BioInnovation Institute, according to PitchBook.

Birth control for men is also in development at start-ups. Contraline makes an injectable hydrogel that can be used to block sperm from traveling through the vas deferens. The procedure is minimally invasive and reversible. Meanwhile, YourChoice Therapeutics holds a license for a birth control drug for men that has been found to be 99 percent effective in mice and is expected to enter human trials this year. Contraline has raised $28.7 million from 41 investors, including Founders Fund, RH Capital, Y Combinator and Valor Equity Partners. YourChoice has raised about $2.4 million from 17 investors including RH and Y Combinator, PitchBook reports.

For General Catalyst, any new investment must fit into its investing thesis of “health assurance,” which aims to make healthcare proactive, accessible and equitable. “We would not invest in a company that is not consistent with that,” Maloney said. “We have already invested in businesses whose sole focus is to invest in the underserved. You can argue that this [Supreme Court] ruling is a healthcare problem, so we will work with entrepreneurs to help those women get the support they need. There are many downstream effects associated with the ruling.”

For example, mental health has become a major concern now that some women may have no choice but to have a child when they really don’t want to. “Postpartum mental health services is an area I want to invest in,” Maloney said.

An existing GC portfolio company may have a role to play: SonderMind is an online service that connects people in need of mental assistance to local therapists. It has raised about $275 million from 26 investors, including GC, Drive Capital, FCA Health Innovations and Partners Group, according to PitchBook.

Another GC portfolio company that may help in a post-Roe world is Cityblock, a direct care business for unmet health and social needs of men and women on Medicaid and Medicare. “If you look at the stats around abortions, you will see a disproportionate impact for those under the poverty line,” Maloney points out. Cityblock has raised $869 million from 24 investors, including Citi Impact Fund, Goldman Sachs Asset Management, Redpoint Ventures and SoftBank Investment Advisors, according to PitchBook.

All of these investments make clear that venture capitalists can have a direct impact on women’s health and well being.

The overturning of Roe “doesn’t change what we do, but it has shined a really bright light on the importance of our work – and that more firms and funds need to be doing this work,” Bailey said.