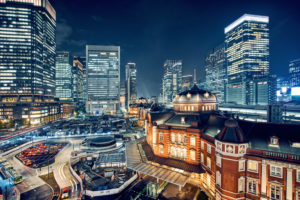 Development Bank of Japan will back impact funds and emerging domestic managers amid plans to increase its alternative assets under management, sister publication Private Equity International has learned.

Tomita, who was promoted from his position as managing director at DBJ Asset Management last year, will oversee the expansion of a domestic growth equity platform targeting small- and mid-cap businesses, he said.

The three-year plan will help to raise the bank’s exposure to Japan, which is “less competitive” than Europe and the US, Tomita added. He declined to comment on the size of DBJ’s proposed alternatives portfolio.

“When DBJ started PE investment in 2002, most PE managers in Japan raised [their] first-time funds supported by [the] DBJ as an anchor investor,” he said. “We hope to encourage new Japanese managers through our experiences and penetrate private equity culture more in Japan.”

“We would like to learn about [the] global trend of ESG to consider one of the future innovations in [the] Japanese financial market,” Tomita added. “We hope to take an initiative and promote the new trend. There is a government angle but it’s not [the] main purpose.”

Its compatriot, the ¥169 trillion Government Pension Investment Fund of Japan, has also become a major proponent of ESG in recent years under the stewardship of chief investment officer Hiromichi Mizuno.

“I ask GPs what their motivation is for continuing their business in 10 years, after they’ve made some money,” Tomita noted. “I also ask how they plan to develop their business; I’m a little cautious [of] firms [that] launch new strategies, which can lead to misalignment, so I check firm expansion is in a reasonable way.”