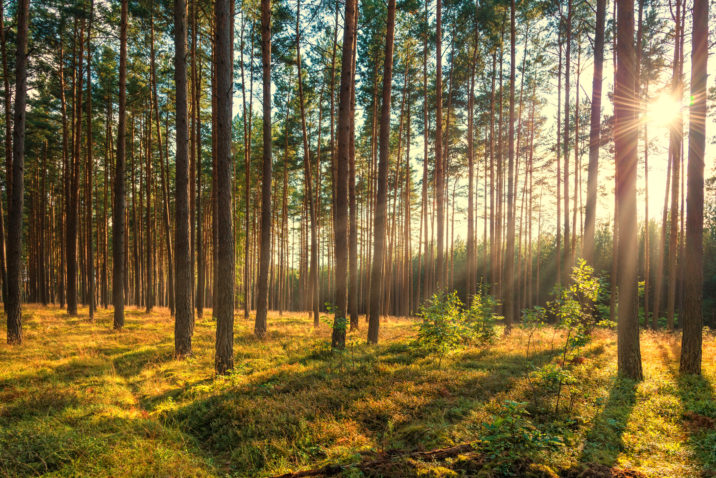 HSBC and Pollination’s natural capital joint venture, Climate Asset Management, will distribute carbon credits to LPs in place of financial returns for one of its funds.

CAM is raising two funds: a Nature Based Carbon Strategy, which has a $600 million target, and a Natural Capital Strategy targeting $1 billion. CAM has raised $650 million across both funds, the platform has announced – with “approximately half” of this $650 million total raised for each fund, a source familiar with the fundraising progress said. HSBC Asset Management is anchoring for each fund.

The NBCS fund will generate carbon credits by financing the development or restoration of natural assets in emerging markets to increase their carbon absorption. The carbon credits become the fund’s yield and will be distributed to LPs. It is structured as a typical closed-end and pooled private fund with a 15-year life. Instead of institutional investors, however, its LP base consists of “global corporates” that have set decarbonisation targets “and have a need for these kinds of high-quality carbon credits from nature-based solutions over a longer time period”, Martin Berg, chief investment officer for the fund, told New Private Markets.

A handful of private fund managers have brought nature-based carbon strategies to market this year. Manulife Investment Management is seeking $500 million for a timberland and forestry fund that will generate value from the sale of carbon credits, the firm announced this week. QIC and AXA IM Alts have been raising natural capital funds, while Bregal Investments has made a natural capital-focused investment. But CAM’s NBCS fund is notable for not producing financial yield or capital gains.

CAM was formed in 2020 as a joint venture between Pollination, a venture and natural capital-focused firm, and HSBC’s asset management arm. It had planned to target “up to $2 billion” for a carbon credit fund, according to a statement from HSBC at the time of its launch. CAM is aiming to raise $6 billion from institutional investors across a stable of natural capital funds, a source familiar with the platform said.

CAM charges a management fee as a portion of LPs’ commitment and will claim performance-related carried interest. Asked how carried interest is structured and calculated for a fund that distributes non-financial returns, Berg said: “We have an incentive to generate [carbon credits] as quickly as possible and of as high quality as possible… Everything’s a bit different but we started with that [two-and-twenty] model.”

NBCS’s projects “could be agroforestry, mangroves and rotational grassland projects. In some instances, we will just plant trees; in some instances it will be a combination of reforestation and afforestation,” Berg said. One project NBCS has helped finance is the Restore Africa Programme, managed by the Global EverGreening Alliance, which aims to restore nearly two million hectares of land in Africa. Projects could take two years from initial financing to distribution of carbon credits, Berg added.

CAM uses the Gold Standard system for certification of carbon projects, which “is very prescriptive about what you have to do on the ground for each project type and how you have to measure it”, said Berg. “This is audited before you start the project and then it is audited annually when the carbon credits are generated.”

These corporates “could buy [carbon credits] on the open market”, but this would involve internalising much of the costs and work, such as financing and diligencing carbon credit purchase opportunities, said Berg. “We are offering them a one-stop shop.” Moreover, while investors must commit the capital upfront, the fund mitigates the price fluctuations of nature-based credits on the voluntary carbon market – particularly over a 15-year period when demand for voluntary carbon credits is expected to rise.

Update: This article has been corrected to reflect that – rather than raising a natural caital fund – Bregal has made a natural capital investment.