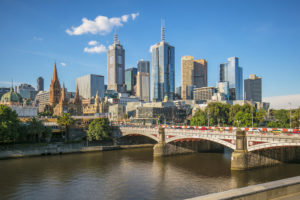 IFM Investors has committed to reducing greenhouse gas emissions across its assets to net zero by 2050, as well as becoming a net-zero emissions organisation itself.

The fund manager said that the commitment is aligned with the goals of the Paris Agreement and builds on the undertaking it made to set emissions reduction targets for its Australian infrastructure portfolio in 2018.

IFM earlier this year revealed that the total carbon footprint of its Australian infrastructure assets stood at 1,007,926 tonnes of carbon emissions in the year to 30 June 2019, including 59,254 tonnes of Scope 1 emissions (direct emissions) and 948,672 tonnes of Scope 2 emissions (emissions resulting from energy consumption). This represented a reduction of 7.9 percent on the previous year.

IFM Investors executive director of responsible investment, Chris Newton, told sister publication Infrastructure Investor that it had always been the firm’s intention to roll out the emissions reduction programme to the firm’s assets globally and that it was already taking proactive measures to reduce emissions for non-Australian assets.

“We need to recognise that the assets themselves are all at different stages of their climate change journey – Manchester Airport is the first accredited carbon-neutral airport in the world, for example, but they’ve still got more work to do. Other assets are at the very beginning of their journey in terms of setting targets and working towards those,” he said.

The net-zero commitment only covers Scope 1 and 2 emissions, so does not encompass Scope 3 emissions that include emissions generated by an asset’s supply chain. In the case of an airport, for example, this would include items such as aircraft emissions.

“At the moment, it is all around where we have influence and control,” Newton said. “NSW Ports here in Australia, for example, already has a range of initiatives around incentivising customers to reduce their Scope 3 emissions, including the green rebate program for ships. It’s at the edges and it’s not part of this programme, because this is about what we specifically control – but you’ve got to keep an eye on what else you can do, so it will be part of the evolution [of this].”

The fund manager has established a taskforce to work towards implementing the commitment, which is comprised of Newton and others from the environmental, social and governance team, investment team representatives for each of the asset classes IFM invests in with a weighting to infrastructure, investment relations team members and the chief risk officer Esperanza Cerdan.

The taskforce will establish emissions reduction commitments, develop policies for net-zero transition plans for new and existing unlisted assets, examine decision-making and governance frameworks with regard to climate change and its alignment with emissions-reduction objectives, and identify investment opportunities in climate-resilient and decarbonisation assets.

Newton said the commitment would not exclude any asset types for IFM.

“Our role is making sure our infrastructure investments are positioned for the future, which means a role in transition. We’re not shying away from that – the easy option is to divest and that’s not something we’re actively considering,” he said.

On opportunities, Newton added that the fund manager had a “keen eye” on emerging technologies and new markets where the regulatory environment may shift to allow more low-carbon investments.

Superannuation funds Hesta and Cbus, who are two of the 27 funds that collectively own IFM, have recently made commitments of their own to achieve net-zero emissions by 2050. As part of that, Hesta flagged a desire to increase its exposure to infrastructure to help achieve its aims, with particular interest in renewable energy assets.

Every Australian state and territory has also made a commitment to reach net-zero emissions by 2050 in line with the Paris Agreement, although the federal government has not.