Welcome to the inaugural Impact 20. This ranking aims to identify the largest managers of private markets impact capital in the world.

Our research and analytics team has applied a road-tested methodology of tallying funds raised over the last five years. The objective is to give the best possible view of the managers who – at this moment – have the most capital and influence in the market (read more about the methodology here). We have done this in other asset classes over the years: our oldest ranking, the PEI 300, is now in its 15th year.

This ranking is, however, a little different. For one thing, like its host publication New Private Markets, it comprises multiple asset classes. Private debt funds sit alongside growth equity and infrastructure funds. Creating impact is a cross-asset endeavour; so is this ranking. 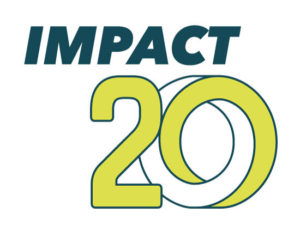 Another difference relates to definition. The definition of “impact” is, for the time being, contentious. While it is relatively easy to identify a private debt fund vs a private real estate fund, there is plenty of room to debate what qualifies as impact. In compiling this list, we have opted to follow the Global Impact Investing Network’s (GIIN) definition: “Impact investments are investments made with the intention to generate positive, measurable social and environmental impact alongside a financial return.”

Every inaugural ranking stirs debate and we expect plenty to come from this one. Beyond conversations about what constitutes an “impact fund”, we have no doubt that there are managers out there that have avoided our radar screen. We look forward to hearing from you.

One final note: what strikes us about the first edition of this ranking is the list of firms have not yet made it on there. Some formidable private markets players have commenced fundraising for impact strategies – Brookfield Asset Management, Apollo Global Management, BlackRock, for example. There is little doubt that version two of this ranking will look very different.

What happens when a firm with deep roots in development finance grows up? The answer: the largest private markets impact manager in the world, according to our ranking. Actis spun out from UK DFI CDC Group in 2004 as an asset manager focused on investing in emerging markets private equity and building out infrastructure in the developing world. From Latin American clean energy platforms to an education training company in China, Actis has always believed there did not have to be a compromise between financial returns and generating positive impact, even before impact was a widespread investor consideration.

The firm marked its official embrace of impact investing principles in 2017 when it created the Actis Impact Score. Shami Nissan heads responsible investment efforts for the firm, which has shifted its focus away from corporate private equity to focus entirely on infrastructure as part of a firmwide change in strategy.

TPG has played a big role in bringing impact investing strategies into the private equity mainstream. The Rise Fund was founded in 2016 through a partnership between TPG, the businessman Jeff Skoll and singer Bono, and has attracted capital from leading institutional investors as well as philanthropists. TPG’s impact platform is dedicated to supporting new entrepreneurs and businesses that deliver positive and sustainable results. It has developed its own methodology to measure and quantify an investment’s social impact. The firm has raised two Rise Funds in the last five years, gathering $2 billion and $2.5 billion, respectively, and in June the firm announced the launch of a new climate-focused fundraise targeting $5 billion.

The 16-year old infrastructure firm has taken impact to heart. It has translated the UN Sustainable Development Goals into its “five pillars” of impact: delivering resilient infrastructure, accelerating the energy transition, avoiding and reducing emissions, promoting good work conditions, and protecting and enhancing biodiversity. As well as evaluating investments on their contribution to the UN SDGs, the firm also measures their alignment to the 2 degree trajectory and their carbon footprint, publishing details in its annual impact report. The report also contains details of “Simpl”, Meridiam’s impact measurement and reporting platform.

Tikehau Capital is an established private markets firm that’s putting its full weight behind new impact investment strategies. The Paris-based firm has is focusing on assets that address climate change, innovation and social inclusion. In 2018, Tikehau launched T2 Energy Transition Fund, which closed on €1 billion in February. As a follow up, the firm began raising in April a similar strategy focused entirely on the North American market. And as an early mover, Tikehau launched an impact lending vehicle last year aimed at providing financing solutions with terms and conditions depending on a company’s ESG performance.

KKR caused a stir when it brought its debut impact fund to market in 2018. It raised $1.3 billion for the vehicle, which as of March had deployed $552 million into 11 companies that address in UN sustainable development goals and returned a 1.4x gross multiple. “There are growing opportunities to perform well as investors by investing in  companies that directly address these SDGs – companies dedicated to workforce development and lifelong learning, climate action, sustainable living and inclusive growth, to name a few,” wrote impact co-heads Robert Antablin and Ken Mehlman for New Private Markets in March. According to a regulatory filing, the firm has now started raising Fund II.

One of the most prominent investors focused on sustainable agriculture, Renewable Resources Group has made its calling card the development of land, water and renewable energy assets with a focus on environmental stewardship. With backing from the private equity firm Volery Capital Partners, RRG invests in operating farms that employ sustainable agriculture practices, improve local and state water system resiliency, mitigate land use impact, restore conservation areas and develop renewable energy facilities.

Turner Impact Capital was created seven years ago to focus exclusively on “profits with a purpose.” Founded by private equity veteran Bobby Turner, the firm focuses on market-driven solutions to three challenges in the US: housing affordability, access to community healthcare and the availability of high-quality public schools. Beyond making mission-driven investments, Turner Impact Capital has grown to employ 250 people, 90 percent of which are either women or people of colour.

One of the original private markets impact investors, LeapFrog experienced a watershed moment earlier this year, when it received $500 million from Temasek Holdings. It was the largest capital commitment the firm has had from an LP and the Singapore investor’s largest single commitment to an impact fund. Temasek acquired a minority stake in the firm and agreed to anchor LeapFrog’s future funds focused on Africa and Asia.

Hamilton Lane has a long-running impact programme, which currently manages over $2.5 billion in assets related to impact strategies. Its first dedicated impact investment vehicle made 13 investments in areas including the clean energy transition, sustainable processes, health and wellness and community development. Alongside Fund I, the firm has raised a number of in-state impact accounts. It also recently launched its second impact fund which will provide buyout, growth, late-stage venture, credit and real assets investing.

Bain Capital Double Impact raised Fund I in 2015 with $390 million in commitments in what felt like a bellwether for institutional appetite for impact strategies. The firm closed its second fund last year on almost double that amount, at $727 million. Investors in both fundraises included a mix of high-net-worth individuals, family offices and pension funds. The team focuses on active ownership and operational capabilities to help drive impact alongside financial returns.

As a growth equity provider, Apis Partners has made financial inclusion the centrepiece of its focus on impact. The firm seeks investments in companies that serve low and middle-income consumers while also creating employment opportunities in those same markets.

Founded in 2007, Italy-based Ambienta has raised three funds that are “entirely focused on investments driven by environmental sustainability key drivers, resource efficiency and pollution control.” It has developed its own environmental impact analysis and has fully aligned its products with the EU’s Sustainable Finance Disclosure Regulation.

North Sky Capital is another “impact native”, having launched with impact investing as the sole focus. The firm has made more than 120 impact investments across private equity and sustainable infrastructure strategies that support positive environmental and social impact while targeting market-rate investment returns.

As a venture capital provider, DBL Partners sees impact as a way to support businesses as well as entrepreneurs that have been overlooked. The firm backs early-stage companies in clean-tech, information technology, sustainable products and services and healthcare.

BlueOrchard has focused its impact dollars on emerging markets around the world since it was formed in 2001 as a microfinance provider. It has deployed over $8 billion across more than 90 countries to effect change related to financial inclusion, education, climate change and governance and capacity building. Since 2019 it has been majority-owned by asset management business Schroders.

Partners Group established its LIFE investment strategy, dedicated to private markets impact, in 2018. Assets are considered based on their potential to directly contribute to one or more UN SDGs. In 2020, the LIFE platform closed fundraising and brought its impact portfolio up to nine total assets.