New Private Markets
Home News & Analysis Investors Investors on climate funds: ‘We’re in it for the risk-return’
Return to search 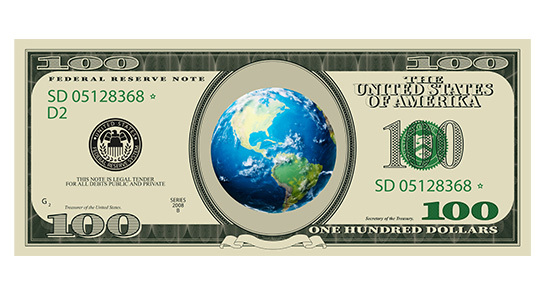 For investors, the decision to commit capital to a climate fund is based on the risks and opportunities being presented by a warming planet and a changing global economy.

“We think there is an opportunity to invest and generate effective returns on investments which seek to mitigate climate change risk,” Farouki Majeed, chief investment officer of the $17.5 billion School Employees Retirement System of Ohio, told New Private Markets.

OHSERS is an early participant in the private equity firm TPG’s climate-focused investment strategy TPG Rise Climate, which launched earlier this year has so far raised $5.4 billion. The fund intends to “grow the wide range of commercially viable climate technologies” being developed by early-stage companies, according to a statement the firm released last week.

“We’re not chasing after every fund just because someone says they are investing an ESG fund,” Majeed said of OHSERS’ commitment to TPG Rise Climate. “This is primarily a commitment that will meet our return expectations… which is equal to our expectations for private equity in general.”

TPG Rise Climate is far from the only investment strategy with the goal of addressing climate change featured as the core theme. For nearly two decades, investors have poured billions of dollars into clean technologies, most commonly in the renewable energy sector. Last year, capital deployed into renewables, battery storage and other clean-tech projects topped $500 billion, according to data from BloombergNEF.

Last month, Brookfield Asset Management announced $7 billion in commitments to its Global Transition Fund, which it launched in February. Growth equity firm General Atlantic opened its own climate vehicle targeting $4 billion, while investment bank Goldman Sachs expects to close its own fund on more than $1 billion later this year.

Around the world, all types of institutional capital is moving towards investments that account for risks associated with global warming and opportunities to mitigate its harmful effects. Whether an investor prioritises a clean environment or not, climate change economics are quickly becoming too fundamental to ignore.

In a survey of 202 investors, the institutional advisory firm Cambridge Associates reported that 77 percent of respondents that make sustainable and impact investments have integrated their approach throughout their portfolio, with resource efficiency and climate change being the most-cited theme to align capital.

“[Investors] are becoming much clearer about the exposure of climate risks in their own portfolios,” Chavon Sutton, a senior investment director in Cambridge’s sustainable and impact investing research group, told New Private Markets. “The question has shifted from whether they should invest in climate action to whether they can afford not to.”

For the Investment Management Corporation of Ontario, a C$70.3 billion ($56.4 billion; €47.5 billion) pension fund in Canada that launched in 2017, the opportunity to invest in economic themes accounting for climate change is “strategically important” to establishing a new portfolio, according to Tim Formuziewich, IMCO’s managing director for infrastructure.

“It’s really important to position yourself for success in this transition,” Formuziewich told New Private Markets. IMCO recently committed an unspecified amount to Brookfield’s Global Transition Fund, which is investing in opportunities to reduce the emissions of carbon-intensive businesses.

“We saw the Brookfield Global Transition Fund as a great opportunity for us to play an important role in the evolution, in many ways, of a new asset class,” Formuziewich explained. “We’re driving towards being ESG leaders… but at the end of the day, this is a strategy that is looking to make strong risk-adjusted returns.”

Vehicles that apply a climate lens to a broad spectrum of investments present investors with what is becoming a well-recognised risk: greenwashing.  “[Climate funds] have tighter guardrails than a general sustainability-focused fund,” says John Hodges, head of global infrastructure and financial services at the ESG consultant Business for Social Responsibility. “In general, I worry some investors may try to put a climate hat on something that is not necessarily a solution towards climate change.”