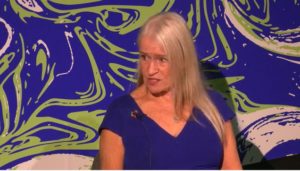 Investment consultants have a pivotal role to play in terms of mobilising pension fund capital towards impact, according to a veteran impact LP, who says they have been slow to step up.

Debbie Fielder, deputy head of Welsh public pension fund Clwyd, has been committing capital to impact fund opportunities since 2006. The pension – which has a larger-than-normal 27 percent allocation to private markets – started impact investing with a “very progressive” specialist investment consultant, she told COP26 delegates at a discussion about pension fund money’s role in the transition to a low-carbon economy. Clwyd now uses a “mainstream” consultant, “but it is a two-way relationship”, said Fielder.

The pension’s private markets allocation “is where we can make a difference”, said Fielder. “We have tasked our consultants with only bringing us impact, sustainable, or very highly rated ESG funds.”

Fielder advised other pension funds that want to better manage the impact of their investment activity to “make sure you have your consultants on board and to back you up”.

Fielder said: “A lot of consultants have been a little bit late to the party. They should be encouraging clients to invest in impact, not waiting [for] the pensions to suggest it.”

The discussion also touched on the topic of greenwashing. Fielder told delegates that in the past 12 months every manager had presented themselves to her as an impact manager. “I’m very cynical when it comes to impact and sustainability,” she said.

She recounted a due diligence experience when she had asked an impact-toting manager which metrics they reported on. The manager responded by enquiring which metrics other managers were sharing. Fielder pointed to the 17 UN Sustainable Development Goals as a starting point. The manager then had to use Google to find out what the goals were and asked whether they would need to report on all of them.

“Be cynical – don’t trust everything you are told,” said Fielder.