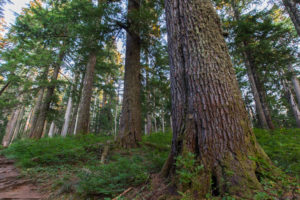 The Manulife Forest Climate Fund I was launched in November with plans to solicit investment from large pensions, insurance companies, corporates and other investors from North America, Europe and Asia in roughly equal measure. Its strategy includes a focus on carbon credits, conservation easements and value-add strategies in additional to a limited role for traditional timber harvesting.

Manulife managing director Eric Cooperstrom, who joined the firm in March 2021 from NatureVest, told affiliate title Agri Investor he expects 70 percent of the fund to be devoted to carbon-focused investments. Conversations with investors in preparation for launch of the fund revealed growing interest and a wide spectrum of understanding about carbon markets, he said.

“We’ve just seen different types of capital coming into the space. It’s really expanded from the traditional cast of characters – fellow TIMOs and REITs – to other asset managers and other types of capital that are looking for nature-based solutions and timberland in particular,” he said.

“Given that so many corporations have also made net-zero commitments and have been deploying capital more in a traditional institutional investor manner than we have seen in the past, we do expect corporates to make up a percentage of the LP base.”

In an October paper, Manulife explored how growing interest in forest carbon is already impacting timber market transactions and sentiment. The report included estimates of break-even carbon prices by region and projected credits would have to rise from their then-recent average of $7 per ton to as high as $75 per ton to motivate long-term delays in harvesting in favour of developing carbon stocks.

Manulife’s December 2020 TCFD report, in which the firm mentioned the possibility of a vehicle prioritising “impact-first” investment for the first time, included reference to scenarios in which carbon credit prices reach as high as $140 per ton by2040.

“We do have a relatively conservative view of carbon price appreciation compared to some of the third-party forecasts that we’ve seen. The value proposition really hinges on that carbon price forecast and the demand, supply and policy drivers that we are seeing materialise in the market.”

He added that conversations with investors about internal carbon prices have revealed a wide range of actual execution and implementation among the less than half of institutions claiming to have adopted such assumptions.

“We’re often seeing different arms of different institutions either setting the carbon prices, or maybe they are distinct from the investment side,” he said. “It’s very much early days in terms of carbon prices influencing investment decisions in a product like the Forest Carbon Fund. Trajectory wise, internal carbon pricing is becoming more popular and the implementation and execution will develop in the next few years.”

A source familiar with the Forest Climate Fund told Agri Investor it will seek 10 percent returns over the life of the fund through a globally diversified timberland portfolio. Cooperstrom explained Manulife’s 2021 purchase of a nearly 90,000-acre property in Maine served as the template for investments the firm plans for from the vehicle.

The Maine investment is a collaboration with an unnamed carbon project developer that is likely to be involved in Manulife’s future North American investments. Cooperstrom added that Manulife’s plans call for both further development of internal carbon project development capabilities and relationships with developers in South America, New Zealand, Australia and possibly Europe (depending on whether forest carbon methodologies are included with the European Emissions Trading System).

“It’s very much a both/and strategy; working with trusted advisers and building out our carbon capabilities further,” he said. “We’re taking a regional approach because regional knowledge, especially of compliance markets and the differences between carbon market methodologies and experience on the ground, is incredibly critical to the success of these projects.”

The unit housing Manulife’s Timberland and Agriculture investments managed $15.5 billion as of December and previously operated as Hancock Natural Resources Group. It manages 12 closed-end timber funds, one open-end vehicle focused on timber and farmland and a total timber portfolio of nearly six million acres across more than 100 properties in six countries as of June 2022.