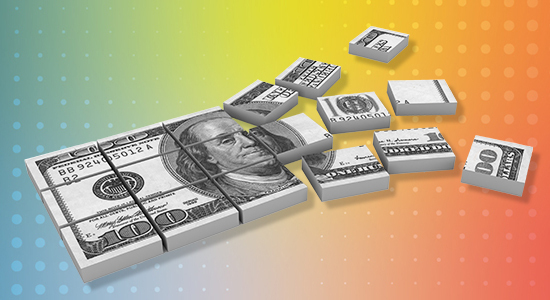 This week I caught up with Ardian’s Philippe Poletti, who chairs the French firm’s sustainability committee, is CEO of Ardian France and head of the firm’s buyout strategy. We discussed Ardian’s approach to sharing financial upside.

The firm was an early adopter. It made its first distribution to portfolio company employees in 2008 when it sold Photonis, an advanced manufacturer of components that end up in – among other things – night-vision goggles.

Ardian has since rolled out this exit bonus programme to 68 percent of the companies in its buyout, mid-market and infrastructure portfolios, according to the firm’s website. It works like this: in the event that Ardian’s sale of the asset generates a return in excess of a certain money multiple, a share of the proceeds is divided equally among all that company’s employees. The multiple itself is confidential, says Poletti, and it varies depending on the fund. When these events happen, each employee gets the same payout, which tends to be equivalent to between one to six months’ salary.

This payout-at-exit system is level 1. “The second layer” is profit-sharing during ownership. In 2019, between the buyout and expansion portfolios, between 4 and 5 percent of total portfolio company EBITDA was distributed to employees, says Poletti.

The third layer is employee shareholding, which is implemented through whichever scheme is most appropriate for the portfolio company’s home country. In France there is the Actionnariat Salarié, in Germany the Mitarbeiterkapitalbeteiligungsgesetz and in the UK, the save-as-you-earn and the Enterprise Management Incentive schemes.

The firm aims to have all three “layers” of financial inclusion applied at a target of 80 percent of the private equity and infrastructure assets in which it has a majority shareholding, but Poletti declines to put a timeframe on this goal. Progress so far? Poletti declines to be specific, other than reporting that the buyout and expansion portfolios – which started this first – are “pretty well advanced”.

“Maybe it is because of our French origin; profit sharing was the first sustainability initiative we introduced at Ardian,” says Poletti. “We started with social on the ESG agenda; that was the first element we pushed.”

Whatever happened to Photonis? Ardian reinvested in the business in 2011 and in February this year sold it for a second time.

Consultant and manager Hamilton Lane has upped its own ante on impact. The press release announcing the launch of its second impact fund doesn’t mention a target, but we hear it plans to raise up to $400 million. That would make Hamilton Lane Impact Fund II more than three times larger than its predecessor, which closed on $95 million last June and is almost fully deployed across 16 investments, according to the firm. Hamilton Lane’s strategy for Fund II will mostly remain the same, targeting investments in sectors including health and wellness, energy and environment, community development and social empowerment. Three things to know:

The Institutional Limited Partners Association is out with its first quarterly report, following the launch of its Diversity in Action initiative in December. From 46 founding signatories then, which include Blackstone, The Carlyle Group and Teacher Retirement System of Texas, that number had nearly tripled to 133 in March. Here are some findings from the first report, which focuses on how signatories approach DEI metrics and data capture:

What’s next? A working group of DIA signatories will propose revisions to the ILPA D&I Team Metrics Template as well as data collection best practices, to be included as part of a larger exercise to enhance the ILPA DDQ. Enhancements could include a non-binary/not disclosed option on gender, LGBTQ, veteran status, disability and age. ILPA will seek feedback on the enhanced DDQ during a public consultation period in summer 2021.

Verdane, a European growth investor and secondaries player, has hired an operating partner with sustainability credentials. Erik Osmundsen joins the firm having spent nine years as CEO of a Nordic waste management business which he transformed into “Norway’s 11th most reputable company based on a number one position on environment, according to the market research company Ipsos”, says Verdane. The transformation of Norsk Gjenvinning is taught as a case study in Harvard Business School’s “Reimagining Capitalism” class.

Lisa Hall, chair of Apollo Global Management’s impact business, puts forth the rationale for a mega-manager like Apollo being a suitable agent for positive change in our Build Back Better series. Apollo is going after an area that has hitherto been considered beyond impact: large, mature companies. These organisations, with their entrenched, change-resistant operations are – in Apollo’s eyes – “an expansive and underpenetrated new frontier”. Read the full piece here, and please send any thoughts or feedback to toby.m@peimedia.com.

The SEC risk alert in a nutshell

The two key takeaways from the recent SEC ESG risk alert, according to lawyers at Kirkland & Ellis and Akin Gump? Do what you say you’ll do; managers have to provide full and clear disclosure about their ESG practices.

And if they don’t? Enforcement actions are a likely consequence if a manager doesn’t follow through on ESG claims. Read more here.