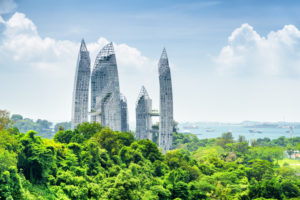 GenZero has a mandate to invest “long-term and flexible capital” in venture-stage and growth-stage companies and third-party funds, according to a press release from Temasek. GenZero will invest along three themes: technology-based carbon solutions for carbon reduction and removal, such as low-carbon materials, carbon capture and biofuels; nature-based solutions, such as protecting and restoring forests and land; and developing the carbon credit market.

According to the press release, GenZero is also “working with” the Temasek/BlackRock platform Decarbonization Partners and Brookfield’s Global Transition fund, in which Temasek is a limited partner.

Other recent climate investments by Temasek include:

It is not clear whether any of these investments are part of Temasek’s $3.6 billion GenZero commitment or separate investments. Temasek was unavailable for comment at the time of publication.