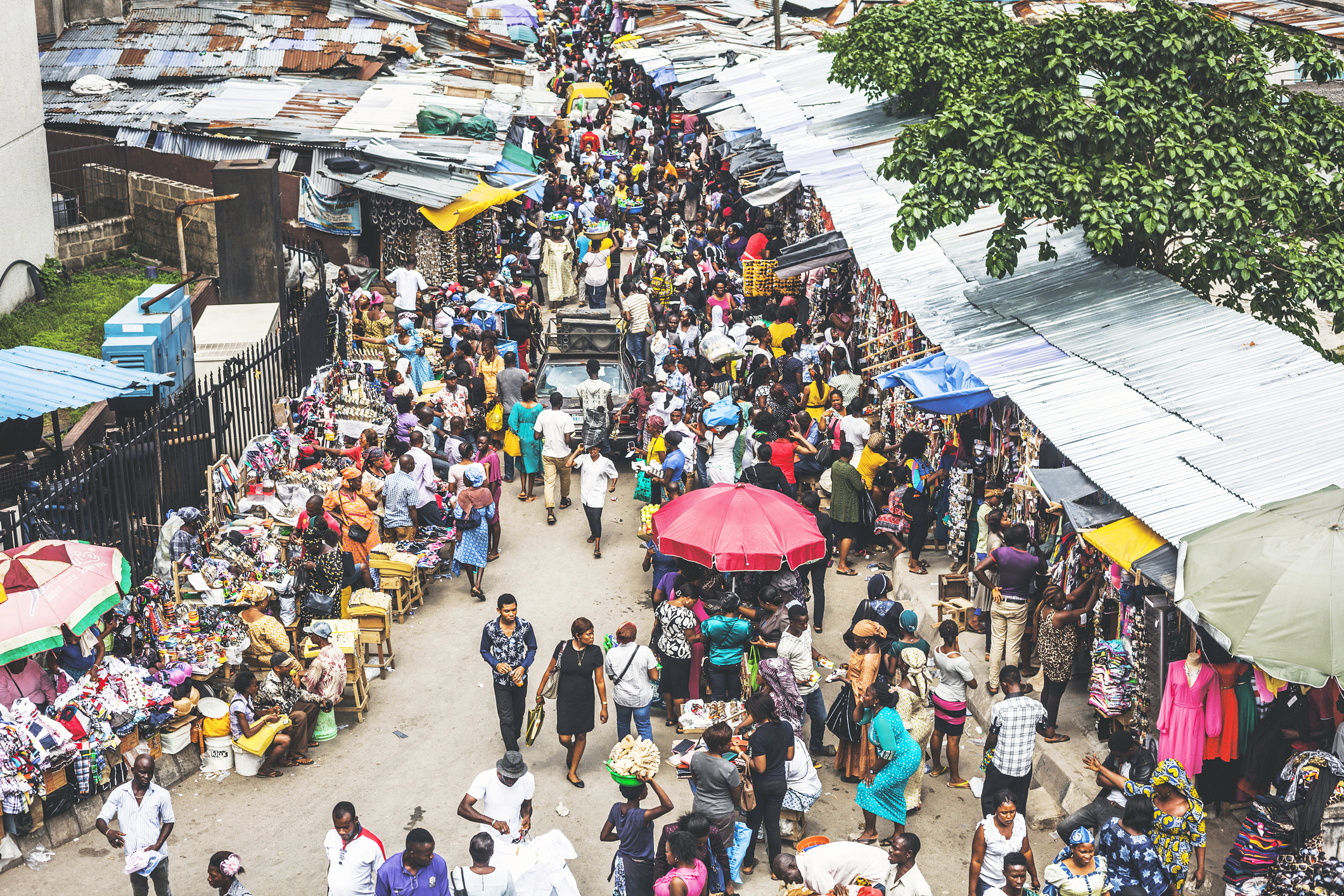 For investors who want to make an impact, Africa is an obvious place to start. The continent’s rapidly growing and urbanising population, coupled with its resource wealth, is set to be one of this century’s economic mega-trends. At the same time, almost 600 million people in Africa lack access to electricity, four in 10 live without safe drinking water, a fifth of primary-aged children are out of school, and 237 million people are malnourished.

It should come as no surprise, therefore, that impact investing has begun to take hold in Africa. From creating employment, to strengthening infrastructure or supporting agriculture, opportunities abound for investors to address social problems while meeting consumer needs. According to the Global Impact Investor Network’s 2020 survey, 43 percent of impact investors have funds allocated to Africa – more than any other emerging market region. And 52 percent of investors surveyed plan to increase their Africa exposure in the next five years.

The advent of the Sustainable Development Goals in 2015 played an important role in changing the conversation for investors in Africa. The 17 goals and associated targets “are very helpful in conceptualising how investors think about their role in the economy”, says Elias Masilela, chairman of the consultancy DNA Economics and former chief executive of South Africa’s Public Investment Corporation. Even if impact investing remains a loosely defined concept, the SDGs have become a common yardstick. With many managers aligning their strategies to the SDGs, the line between dedicated impact funds and Africa-focused private equity funds more broadly has begun to blur.

Old Mutual Alternative Investments, for instance, has three impact funds, but uses 12 of the SDGs to guide its social and environmental priorities more broadly. “Across the business, we’ve implemented an ESG process on a cradle-to-grave business,” says Paul Boynton, OMAI’s joint-CEO.

OMAI uses 90 metrics aligned with 12 SDGs to monitor ESG outcomes across each of its approximately 160 positions. “This is a journey, not an event,” says Boynton. “Measurement is very important, because it allows the proper conversations to be had with the management teams around ‘where are we and where do we want to go?’”

Due diligence in the covid era

For impact investors in Africa, due diligence has been one of the processes worst hit by covid-19.

Site visits are crucial in a context where reliable information from official sources is hard to come by. Few African countries have easily accessible corporate records and the quality of local media reporting is variable.

Machado says Vital Capital’s preferred approach is to put boots on the ground to evaluate potential investments. “We hold a lot of interviews to understand the people behind the business – and the people working in the business, who are often a good source of information on how the business is operating.”

Travel restrictions imposed by the pandemic have forced managers to adapt. Indeed, 76 percent of respondents to a GIIN survey in June reported travel restrictions as a major challenge for conducting due diligence. And while investors in much of the world can use video conferencing, this is not always an option in parts of Africa with poor connectivity. As such, many asset managers have resorted to sharing due diligence documentation with other investors, as well turning more extensively to local partners.

“We been relying a lot on people who we have on the ground,” says Machado. “We are relying more (and spending quite a bit more resources) on local due diligence – individuals who we believe have a strong track record who can support us as our eyes and ears on the ground.”

Despite growing worldwide interest in impact investing, the overall sums committed are a tiny fraction of total assets under management. Impact investing in Africa has not yet occurred on anywhere close to the scale required to meet the continent’s development challenges. Africa still needs an extra $256 billion in financing a year until 2030 to achieve the SDGs, according to the Brookings Institute.

With covid-19 having dealt a drastic blow to the global economy, it seems optimistic to expect the trickle of impact investing to turn into a torrent. “Covid-19 is interrupting new fundraising in instances where the ‘on the ground’ due diligence has not been able to take place yet,” warns Runa Alam, chief executive of Development Partners International.“Fundraising in Africa was increasingly difficult even before covid,” points out Francisco Machado, VP of investments at Vital Capital, an Africa-focused impact fund manager. “There was a bit of hype in terms of fundraising around 2012-13, when we saw a lot of funds being raised for African PE. Now we are seeing a market adjustment.”

It doesn’t help that perceptions of risk are heightened in sub-Saharan Africa. Some 35 percent of respondents in this year’s GIIN survey described country and currency risk in the region as ‘severe’.

“Investors are very risk-cautious,” says Boynton. He notes US-based pension funds have been hesitant to lead the way in supporting Africa-focused funds, especially given returns have historically been underwhelming in Africa. “Very few private equity funds that are Africa-focused have raised more than $1 billion.”

But Machado insists risks for impact investment can be managed. “In Africa, the strategy should be very focused on value creation,” he says. “We need to be a lot less dependent on external factors.”

Machado points to currency risks as a major headache that can be mitigated through adopting the right business model.

While the view that there is an inherent trade-off between impact and financial performance is outdated, the ability to achieve market-level returns clearly varies depending on the nature of the investment. Impact investors cannot always target the 15-20 percent net internal rate of return they would seek in the developed world. But Machado says more investors are willing to accept the “compromise” of a “healthy IRR, with proven and tangible metrics of impact”.

“The objectives of an investment strategy need to be clearly defined between GPs and LPs,” notes Carola Bose, head of the Africa Equity Department at German development finance institution DEG. “There are important investment themes, such as start-up entrepreneurs, social housing, gender or empowerment, that deserve investors’ attention.” She says these sectors “must be targeted with ‘smart money’ with a clear purpose and potentially lower return targets”.

In many respects, Africa has confounded expectations by weathering covid-19 more successfully than much of the world. Yet the economic impact has been far from negligible, especially in South Africa, which imposed a stringent lockdown early in the pandemic. Boynton reports that OMAI’s three impact funds have experienced some disruption; its South African affordable housing fund, for instance, could not sell units while the deeds office was locked down.

Despite the turmoil of 2020, a spirit of optimism prevails among those at the forefront of impact investing. The need to rebuild from covid-19 is “bringing to investors a sense of purpose when it comes to their asset allocation”, according to Machado.

Alam agrees, noting “links are now being made between an increasingly inter-connected world and a local impact”.

“The pandemic has prompted us to think differently about our roles as economic agents,” adds Masilela. “One of the big changes has been the recognition by organised business that the responsibility to turn around the economy cannot be left to governments.”

If covid-19 does indeed persuade investors to re-evaluate their approach, Africa – with its daunting challenges and vast opportunities – will surely be a major beneficiary. “Impact investing is increasingly a hot sector, and Africa as a consequence has an increased appetite from impact investors,” Machado says.

The aims of even impact-focused PE funds do not necessarily align with those of African entrepreneurs who have modest capital needs and cannot guarantee PE investors high returns within a short timeframe.

“Everybody says ‘my minimum cheque size is $20 million or even $2 million’ – that’s oftentimes too large to have the impact that people want,” according to Brendan Mullen, managing director of Johannesburg-based Secha Capital.

Secha’s model is built on investing much smaller amounts in small and medium-sized enterprises that need a capital injection to scale their businesses. Secha also supplies ‘human capital’ in the form of young professionals recruited from consulting firms or investment banks to help run portfolio companies.

In terms of impact, Secha’s “primary KPI” is around generating employment, although it also maps to six of the SDGs. Secha’s first $5 million fund was run as a holdco, allowing Secha to maintain long-term ownership where appropriate. But the firm has made some concessions to a more traditional strategy for its second fund, which has a $30 million soft-cap.

“It was easier to raise a classic 10-year fund,” Mullen acknowledges. He hopes to retain many elements of the patient capital approach by extending the fund’s term if necessary. His top priority, however, is maintaining the nimbleness needed to support SMEs. “We’re most passionate about writing smaller cheque sizes,” says Mullan, “rather than the structure of the fund.”

But while greater support for SMEs has the potential to inject momentum into Africa’s economies, larger impact fund managers are not ready to abandon their tried-and-tested strategy. “Companies of all sizes need funding to build a growing economy,” says DPI’s Alam. “DPI’s particular expertise is in funding larger companies that require capital for further expansion and continued growth, and we ‘stick to our knitting.’”