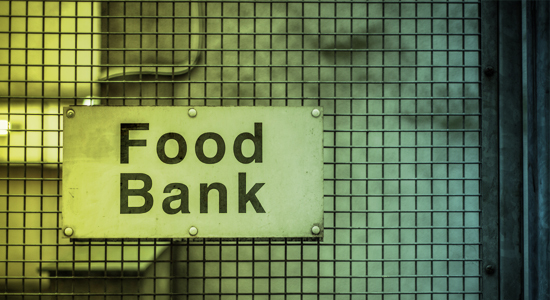 As the great and the good of European real estate sat down for a day of discussion at the PERE ESG & Impact Forum last week, they were presented with a scene-setting slide. It showed global greenhouse gas emissions, and the now-familiar curve that humankind needs to adhere to.

When it comes to sustainability in private markets – particularly in Europe – the climate crisis is truly item one on the agenda. Engagement on the topic is mobilising investors – apart from in certain quarters – to take action and they are focusing much of their ESG data gathering efforts on climate-related indicators.

At the same time, outcome-orientated capital is gravitating towards solving it: the latest data point is the $15 billion raised by Brookfield Asset Management for its debut Global Transition Fund. It is the largest impact fund ever raised, and it is focused on climate.

There is a growing sense, however, that beyond the immediacy of the climate crisis is a looming social crisis. “Some feel [inequality] will bite us harder and faster than climate change,” warns Robert Eccles, a visiting professor at the University of Oxford’s Saïd Business School and chair of KKR’s Sustainability Expert Advisory Council. Eccles’s comments were included in KKR’s 2021 sustainability report, which was released this week.

Eccles writes that large asset owners understand that income inequality “contributes to system inequality”, and that our ability to tackle the climate crisis depends on political will that may not be there if income inequality is not addressed.

Another member of KKR’s advisory circle – the Ford Foundation’s head of mission investments Roy Swan – echoes his concerns, noting that investors, boards and CEOs “have begun to see that without emphasis on ‘S’ and ‘G’, the economy and society deteriorate”.

It was also on the minds of investors at the PERE event. “If you want people to change their behaviour, they have to believe that society is working for them,” said Anna Shiel, head of origination at Big Society Capital. “If you don’t have a safe home that you can afford, then these other questions [about the climate] become rather secondary.”

Combatting the climate crisis is a task of breathtaking scale, but at least tool kits are available (such as the IIGCC’s guidance for infra firms, released last week) and there is political will. Society has a rough idea of what needs to be done and why.

Unlike the universal problem of planetary health, inequality may still be seen by many investors as ‘someone else’s problem’. It is also not immediately clear how they can start to tackle it.

It would be remiss not to mention the cohort of investors already pursuing socially-orientated impact strategies. Affordable housing, healthcare and financial inclusion are well established impact investment themes, but they don’t yet attract dedicated multi-billion dollar funds. KKR also deserves credit for throwing its weight behind portfolio company employee ownership.

So, what next? To get ahead of the curve, investors can consider the ‘why’ and the ‘how’ of addressing inequality. The Predistribution Initiative, a non-profit organisation, has spent considerable time thinking about both, and has produced three short videos summarising the problems as they see them, and hinting at the way forward. Watching them is 15 minutes well spent.