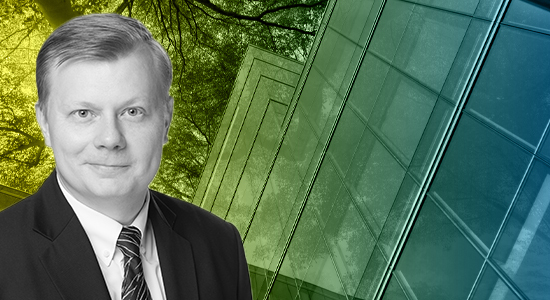 Nordic real estate investor NREP has ambitious climate targets. A self-imposed carbon tax seemed like the perfect way to get there faster, Jani Nokkanen, partner and CIO at NREP, tells New private Markets. Putting a monetary figure on the cost of carbon to the business will “incentivise the team to make deeper emission cuts” and drive “further innovation”, he says.

Adopting an internal carbon tax had been a talking point within the firm for some time, Nokkanen explained, rooted in a sense of disappointment at the current pace of action on climate change. “The industry needs to be more ambitious, people are going too slow.”

The real estate sector in particular, “which is responsible for 40 percent of all carbon emissions”, needs to pick up the pace, Nokkanen notes. “The world is building a New York every month… that scale of construction is leaving an environmental footprint that is too large to ignore.”

NREP’s tax for embodied emissions during construction will be paid as a one-off at asset completion and operational emissions generated by existing buildings will be paid annually. The tax collected will be re-invested in projects and technologies that aim to improve sustainability performance such as carbon capture.

The current market view on the cost of carbon offsets is around €30 per tonne, says NREP, but the firm will adopt the EU Trading System as the primary benchmark, setting the tax at its current level of €90 per tonne. Setting prices too low is where existing carbon tax policies fail to make a dent in overall emissions, Nokkanen explains. “You need to price it so that the teams have the incentive to come up with the most effective alternative solutions.”

In order to further accelerate progress, NREP said a green incentive is being introduced alongside the tax to motivate teams to carry out the most effective sustainability initiatives.

Carbon tax and green tax incentives, whether applied directly or through the form of carbon markets, have been used by governments – and increasingly investors – as a way to internalise the negative impact of carbon emissions, while providing motivation for companies to develop more environmentally friendly production processes.

It is a simple concept that has proven more difficult to execute. “The main challenge is being able to analyse and understand what your carbon emissions are,” Nokkanen says. However, as technologies and methodologies for measuring carbon have become more sophisticated, he expects to see carbon tax gain traction within the investment world.

NREP knows that its tax is “ambitious”, but Nokkanen believes it could be one of the most effective methods of turning brown real estate green. It packs more of a punch than other policies like climate reporting because it hits companies’ bottom lines, he explained.

A tax, insists Nokkanen, also signals to investors that low-carbon investments are valuable. “At the end of the day, this is not a cost, it’s an investment that makes good commercial sense. With regulation tightening and demand for sustainable real estate rising, low-carbon properties are growing increasingly valuable. We see this carbon tax as not only crucial for driving action on climate change but as a way of getting ahead of the pack and driving superior returns.”

Despite its potential, carbon tax remains a relatively underused concept. A carbon pricing report released last year by McKinsey reveals that 23 percent of 2600 companies across a broad range of industries used an internal carbon charge. Within the real estate sector, just 4 per cent of companies had set a tax, lagging far behind the energy sector (40 percent) and the financial services sector (28 percent).

Part of the challenge for real estate lies in figuring out how to decarbonise supply chain processes. “It’s still a very new idea in the real estate industry, but we hope to lead the way and encourage others to follow our path,” Nokkanen says.

NREP has taken steps to prove that it’s possible to innovate construction supply-chain processes, having recently designed the first logistics facility to reach net zero across operational and embodied carbon without external offsetting. The firm has achieved this by implementing solutions like green concrete and using recycled materials, as well as becoming energy positive during its operational life.

NREP also wants to eradicate “misconceptions” around the cost of offsetting. “People believe that it’s dramatically expensive; but if you are doing what you should be doing, and using low carbon materials and implementing energy solutions, the carbon emissions are already relatively low, so the offset is manageable.”

Nokkanen accepts that a surge in demand for offsetting will likely ramp up the cost. However, he sees this as a largely positive development “that will further push the real move into low carbon and eventually zero-carbon construction”.

NREP has committed to becoming carbon neutral by 2028 without external offsets. Nokkanen likens NREP’s aggressive decarbonisation approach to the way people promise their friends they will run a marathon. “If you don’t vocalise ambitious goals, you will never get there, you’ll just sit on your coach.”

NREP’s tax, which was piloted earlier this year, is now in full effect for all emissions not eliminated, including both operational and embodied carbon.