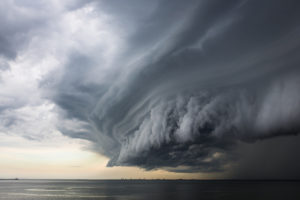 The message in The Untapped Climate Opportunity in Alternative Proteins can be summed up as follows: eating less animal proteins and more alternative proteins presents the biggest opportunity to slash GHG emissions while making one of the smallest adjustments to how we live today – and consumers are ready to make the shift.

“The food system accounts for 26 percent of current GHG emissions,” the report says. “Animal agriculture, the largest GHG emitter within the food system, is responsible for 15 percent of global emissions, roughly matching the emissions from the transportation sector. If [alternative proteins] remain on track for an 11 percent share [of all proteins consumed] by 2035, we will see a reduction of 0.85 gigaton of CO2 equivalent worldwide by 2030 – equal to decarbonizing 95 percent of the aviation industry.”

And speaking directly about the impact investment opportunity, the report has this to say: “Investing in the segment has one of the biggest impacts on decarbonization when assessed in terms of the market value of avoided CO2e emissions per dollar invested in mitigation efforts.

“We call this ‘impact of capital employed (IoCE)’ – and investments in alternative proteins produce IoCE that is magnitudes greater than corresponding decarbonization investments in other high-emitting sectors of the economy, such as transportation or buildings, can achieve.”

What’s more, given that roughly 50 percent of GHG emissions from animal agriculture is methane – a gas which stays in the atmosphere for about 12 years – a decline in current herd sizes would also come with a cooling effect, the report says.

As billed, the report makes for a striking read.

In the US, for example, there were 25 million dairy cows in 1950 in comparison to the 9 million today. This herd-size reduction has contributed to a cooling effect, but it did not occur because the country is consuming less milk from cows.

Efficiency gains in US dairy farming mean today’s herd produces 60 percent more milk than those of 70 years ago, so the country has made environmental gains without having to reduce its cow milk consumption, according to research from California’s UC Davis University.

And, of course, seaweed’s potential to reduce livestock methane emissions by up to 95 percent is another solution that could massively reduce GHG emissions without a need to consume less animal protein.

None of which detracts from the BCG report’s findings – it is self-evident that less consumption of animal proteins would lead to smaller livestock herds, which in turn would reduce the industry’s GHG emissions.

But as the debate around how best to reduce agriculture’s GHG emissions rages on and the partisan ‘meat-eater’ and ‘non-meat-eater’ camps do battle through all manner of questionable data, it will be important to consider the full suite of options available in any given context.

Also, what works in the US or Europe may not necessarily be viable in India or Kenya, for example, due to a host of reasons such as local climate, consumer preferences and affordability, to name a few.

For investors in western jurisdictions, however, where some LPs have already black-listed investments in livestock, the BCG report presents a credible outlook of what a larger market share for alternative proteins could do for the environment.