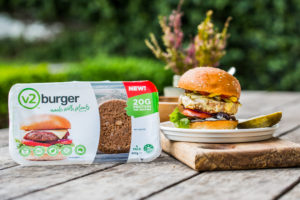 Astanor Ventures has led a €45 million Series B extension round for Australian plant-based meat start-up v2Food, which counts Australia’s national science agency CSIRO as one of its founding shareholders.

The company secured a A$77 million ($57 million; €48 million) Series B in October 2020 and is supported by regional investors such as Temasek, ABC World Asia, China Renaissance and Sequoia Capital China.

“The biggest opportunity to achieve our sustainability mission and generate revenue comes from markets where there is much higher demand for protein. We have accelerated our product development to satisfy these demands and are beginning to see strong results with initial exports in the early launch stages of our Asian market expansion,” said Hazell.

Belgium-based Astanor Ventures deployed capital from its debut fund, which closed on $325 million in November. The impact vehicle is focused on the food and agtech space and has invested in 20 companies including French insect protein start-up Ynsect, plant-based seafood company Kuleana and plant-based dairy company Stockled Dreamery.

One of the reasons Astanor has invested into v2Food is to help the Australian company make its market entry into Europe.

Van Asbroeck added that the company’s position as a “sustainable, healthy, eco-friendly alternative to meat” ensures it aligns with the fund’s impact goals.

“Their technology and production process allow them to expand into new markets quickly, while maintaining high standards of quality and minimal environmental footprint. Their impact will scale exponentially as their products are adopted into markets around the world,” said Van Asbroeck.