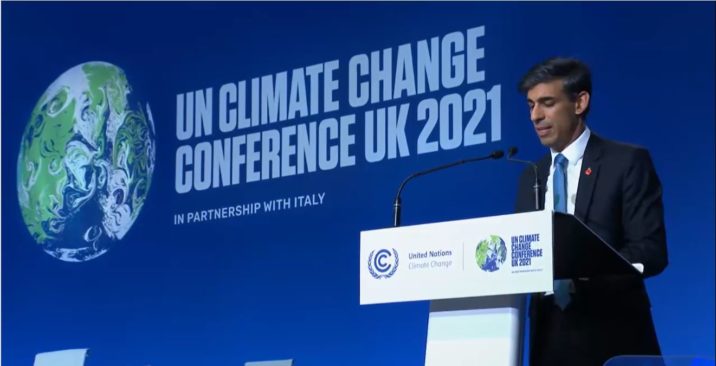 COP26 Finance Day has spotlighted firms’ net-zero commitments with efforts to increase transparency and standardisation. Here are the headlines:

UK-based asset managers will be required to disclose their net-zero transition plans from 2023 under planned legislation by the UK government, chancellor Rishi Sunak announced Wednesday at the COP26 Finance Day.

There has not been widespread movement yet from private markets managers to make net-zero commitments, although pressure from investors is mounting.

Asset managers and publicly-listed companies will be required to “publish transition plans that consider the government’s net-zero commitment or provide an explanation if they have not done so.” These transition plans will need to provide details about high-level targets set by firms to mitigate climate risk, such as net zero by 2050 commitments and interim targets and actionable steps on the way to achieving these targets. Net-zero commitments will not be mandatory for these firms under this legislation. It will also not prohibit carbon-intensive investments, such as investments in fossil fuels.

The UK government is aiming for transparency and comparability around firms’ net-zero targets and plans. “It will be for the market to determine if these plans are adequate or credible. Investors, through their stewardship, may use their influence and their votes to encourage more ambition or accelerated progress,” the government said in a factsheet on the legislation plans.

Members must commit to net-zero carbon emissions by 2050 across Scope 1 and 2, and “to the extent possible, material Scope 3” across their portfolios. Members must also set interim 2030 targets for a proportion of their portfolios, “consistent with a fair share” of reducing global carbon emissions by 50 percent by 2030 to help limit global warming to 1.5 degrees Celsius.

Many members had previously made other net-zero commitments or joined net-zero initiatives and alliances. GFANZ, launched in April, is an effort to standardise these commitments.

Private and public capital moves for a net-zero world