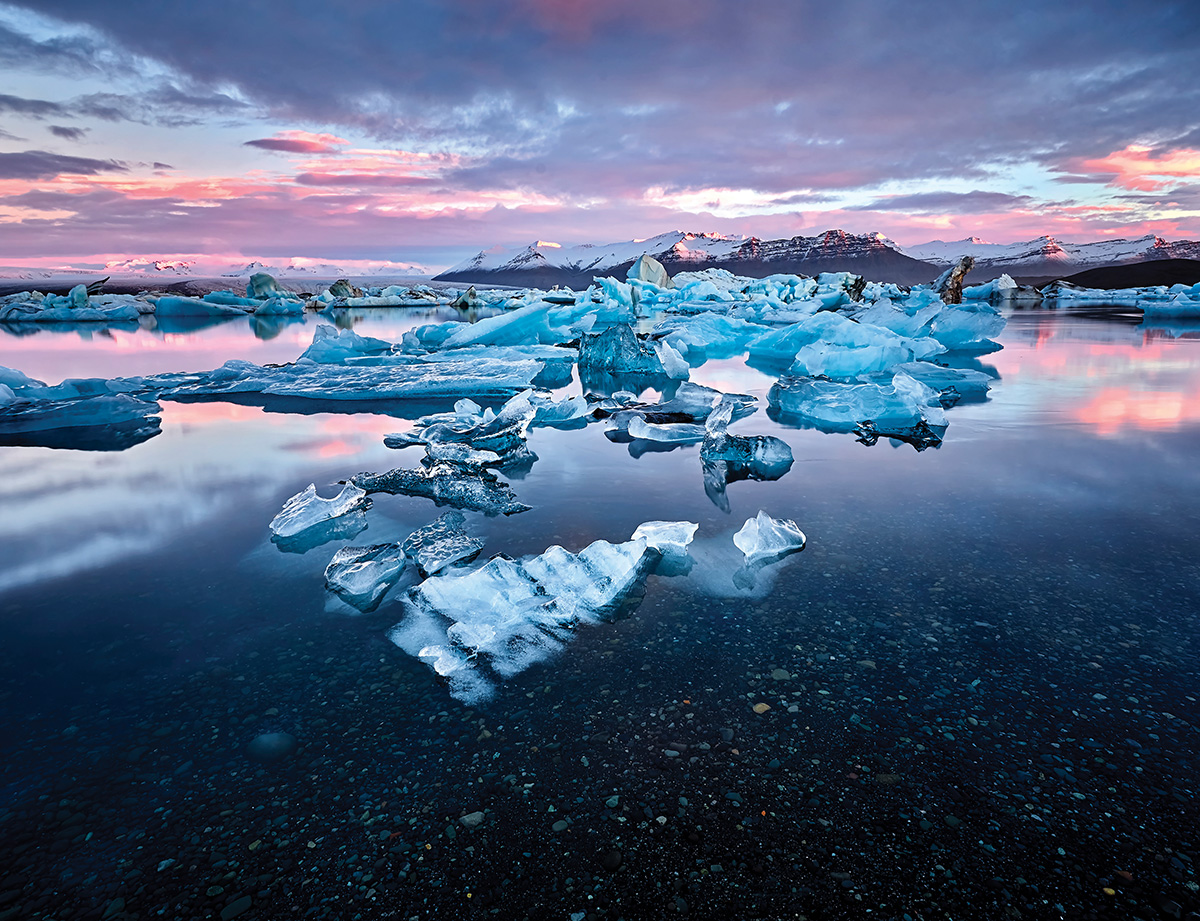 This year was supposed to be a milestone with regard to climate change. According to the UN, greenhouse gas emissions have to peak and then decline rapidly if the world is to limit global warming within 1.5 degrees Celsius, the best-case scenario envisaged by 2015’s Paris Agreement.

The reduction, however, may be temporary, as was the case after the 2008 global financial crisis. Greenhouse emissions began to rise in 2010 and continued to do so steadily until 2018.Fortunately, greenhouse emissions flatlined in 2019, according to the International Energy Agency, suggesting they may have already peaked. It is likely they will decline further this year due to the extensive lockdowns and severe reductions in industrial output resulting from the coronavirus epidemic.

When Infrastructure Investor began working on this story, the coronavirus was limited to the Chinese city of Wuhan and had yet to cross into Europe. A few days before Italy reported its first covid-19-related death, we reached out to the top 10 investors and the top 10 managers in the industry. We defined them according to their positions in the Infrastructure Investor 50 and Global Investor 30 rankings. They measure, respectively, the amount of capital raised by GPs over the last five years and the largest institutional investors in the asset class. Together, these 20 GPs and investors account for more than $450 billion of assets under management.

Given their weight in the asset class, we felt it was important to try to scratch beneath the surface and find out what these institutional investors and fund managers were doing – not just saying – with regard to their strategies to mitigate the risks and consequences of climate change.

The responses we received were mixed. Of the 20 organisations contacted, nine either did not respond or declined to comment. It is possible some of the firms that chose not to engage with us are, in fact, doing very good work in preparing their portfolios to adapt to climate change. However, without their engagement, we simply don’t know.

The answers we did receive ranged from thorough in terms of quality and level of detail – such as Brookfield’s and BlackRock’s – to vague. Of the 11 firms that responded to our survey, only two provided substantive answers to what is arguably a key question: how resilient is your infrastructure portfolio to climate change?

Information on efforts to cut emissions was more forthcoming, but it became immediately apparent firms are using a plethora of measurement systems and targets. Likewise – and unsurprisingly – data on firms’ energy transition investments skewed heavily towards renewables, while efforts to find out about their energy efficiency measures and divestment initiatives yielded limited information.

With that in mind, why is disclosure proving so difficult?

“I think maybe this is the last hold-out, the last stand in the financial markets, in terms of disclosure,” S&P Global Ratings’ managing director and head of sustainable finance, corporate and infrastructure ratings, Michael Wilkins, says in reference to those firms that did not respond. “If you look at what’s happening across the financial ecosystem – from big corporations to financial institutions – everyone is now focused on having to increase the level of their disclosure and the quality of their disclosure in line with various new reporting standards and guidelines, which are coming out.”

Pressure is indeed mounting for more and better disclosure.

BlackRock chairman and chief executive Larry Fink called on other corporate leaders to disclose climate-related risks, promising to hold board members accountable when they failed to do so. Japan’s Government Pension Investment Fund, California State Teachers’ Retirement System and Universities Superannuation Scheme issued a joint letter in March, stating that they “prefer to build and maintain relationships with asset managers” that integrate environmental, social and governance factors throughout their entire investment process, that are transparent and that demonstrate commitment to long-term value creation.

Both BlackRock and the three institutional investors have urged companies to disclose in line with recommendations issued by the Task Force on Climate-related Financial Disclosures. In its latest status report, the taskforce, which was established by the Financial Stability Board in December 2015, found that although disclosure of climate-related financial information has increased since 2016, it remains insufficient.

Efforts are being made on several fronts to promote reporting in line with the TCFD recommendations. The UN-supported Principles for Responsible Investment introduced TCFD-based climate risk indicators into its own reporting framework, and this year it made reporting mandatory for all its signatories for the first time. Still, PRI allows companies to choose whether they wish to keep their disclosures private or make them publicly available.

It also does not require “investment consultant signatories” to respond to the climate indicators, even though it is fund managers that decide how institutional capital is invested. However, PRI did publish a technical guide on TCFD for private equity general partners in January in partnership with advisory firm INDEFI.

Other organisations are in the process of developing tools and guidelines to help financial institutions – not just GPs – with climate-related reporting.

CDP – a London-based non-profit organisation that was known as the Carbon Disclosure Project when it was established 20 years ago, and which now focuses on carbon, climate change and water security – is launching a sector-specific questionnaire for financial institutions, which was slated for release in April.

“This questionnaire will ask financial institutions to look at their scope 3 emissions, which means looking through their investment and underwriting activities to the impact of their investee companies, and how these can be attributed to their organisation as well as to their portfolios,” CDP’s global director, investor initiatives, Emily Kreps, says.

The Science-Based Targets initiative, of which CDP is also a founding member, is another body in the process of developing target-setting methods, criteria and guidance for financial institutions to set targets, in a framework that will be launched this summer.

With effective climate reporting a challenge and standards far from settled, it is worth dwelling on what that means for implementation.

“TCFD is a great starting point, but we don’t see financial institutions having unpacked that enough to be able to integrate it into their portfolio management or investment process, and that’s where I see the greatest next need,” says Stacy Swann, chief executive and founding partner at Climate Finance Advisors. “PRI has this requirement for their signatories who must now report in line with TCFD recommendations, and there’s the science-based targets. But taking that and actioning it into your operations is what has been missing and is still missing in a big way.”

“TCFD is disclosure, it doesn’t mean you’ve done anything,” he says. “You’ve disclosed your risk and that’s good, it’s important. But we’ve gone further with the Inevitable Policy Response, and we’ve said, ‘Look, policymakers are going to respond and you should act now’.” Fulton is referring to a project commissioned by PRI that his firm has developed in partnership with the UN-backed organisation and Vivid Economics.

According to IPR, a forceful policy response to climate change within the near term is not priced into today’s markets: “Yet, it is inevitable that governments will be forced to act more decisively than they have so far, leaving investor portfolios exposed to significant risks. The longer the delay, the more disorderly, disruptive and abrupt the policy will be.”

The EU is already heading in this direction. In June 2019, the European Commission published new guidelines incorporating the TCFD recommendations into the Non-Financial Reporting Directive, which is under review and expected to be finalised later this year.

The commission, which is inviting public input until 11 June, said in a statement that it is “committed to review the Non-Financial Reporting Directive in 2020 as part of the strategy to strengthen the foundations for sustainable investment”.

Last December, the EU announced the European Green Deal, an investment plan through which it hopes to attract €1 trillion of public and private capital in the next decade as it seeks to become carbon-neutral by 2050.

“The UK is also moving very quickly,” says Michael Zimonyi, policy and external affairs director at the Climate Disclosure Standards Board. “They have already published requirements for pension funds to report in line with TCFD recommendations.

“And this is part of a wider green finance strategy in the UK, which expects all large companies, pension funds, investment firms and banks to report in line with TCFD. If they aren’t reporting by 2022, then reporting will become mandatory.

Will covid-19 help or hinder?

The conversation with Zimonyi takes place a few days after the UK has announced the postponement of COP26, the UN conference on climate change that was to due be held in Glasgow in November, as a result of the coronavirus (see all our pandemic coverage here).

The question then arises of whether efforts to fight climate change will also take a back seat as countries and companies look to recover from the disruption caused by the pandemic.

“I think after covid-19, investors are likely to have a sharper sense of risk and a different type of risk appetite,” Swann says. “Climate risk work might actually benefit from this horrid covid-19 experience as people become very attuned to risk and risk management in a different way.

“And I think some smart investors will try to figure out how to do this right, regardless of policy, because they want to protect their returns and climate is not random like covid-19 was. If you have a risk that’s fairly predictable, even if the timing of the impacts aren’t, you should be able to identify it, understand it, quantify it and manage it. And those who do are going to be better suited for the future.”