Even the Department of Labor recognises that you may be confused about its policy regarding ESG investments in ERISA plans, given how its stance has shifted from the Trump 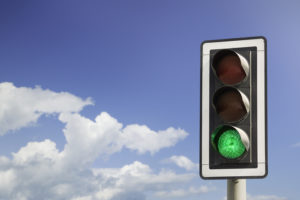 The “persistent confusion” comes thanks to “varied statements” from the DoL “over the years”. To offer clarity, the DoL has issued a new final rule that permits investment advisers to 401(k) and other ERISA plans to consider “the economic effects of climate change and other environmental, social or governance factors” when making investment decisions under ERISA without risking their fiduciary status.

The final rule, most of which will become effective 60 days after appearing in the Federal Register, reverses key changes made in the waning days of the Trump Administration. An example is eliminating the requirement for fiduciaries to consider “pecuniary factors” that some saw as discouraging advisers from selecting ESG investments. The new rule labels those factors as “impractical and unworkable”.

No thumb on the scale

However, you wouldn’t be mandated to consider ESG investments under new ERISA rule 404a-1 (investment duties). The DoL avoids placing a thumb on the scale in either direction. “A fiduciary therefore remains free under the final rule to determine that an ESG-focused investment is not in fact prudent,” reads the new rule’s preamble.

Instead, the agency favours a “principles-based approach” that satisfies ERISA’s long demand upon fiduciaries to act with “prudence and loyalty” toward participants and plans. At its heart, the new rule sets out “three clear principles”:

In another change, fiduciaries would be able to “take participants’ preferences into account when constructing a menu of” plan investments, eluding to growing interest in ESG among investors. “At the same time, however, plan fiduciaries may not add imprudent investment options to menus just because participants request or would prefer them,” the DoL warns.

The department recognises that the industry is challenged by “a lack of standardisation in ESG terminology”. It encourages investment advisers to do their best. “Reliability concerns make it more challenging for fiduciaries to conduct an analysis, but making decisions based on imperfect information is not limited to ESG investing… The Department anticipates that fiduciaries will give the same careful consideration to the usefulness and shortcomings of data sources pertaining to ESG as they do to any relevant data source.”

The DoL also amends its current “‘tiebreaker’ test, which permits fiduciaries to consider collateral benefits as tiebreakers in some circumstances”. This relates to the pecuniary factor consideration. Gone will be the test and in its place a new “standard” that holds a manager to prudently judge competing investments based on how they “equally serve the financial interests of the plan over the appropriate time horizon”.

The final rule also eliminates stricter rules for qualified default investment alternatives. Current rules prevent a fund from serving as a QDIA if it’s part of “a fund-of-fund structure” and uses “one or more non-pecuniary factors in its investment objectives”. The change won’t endanger QDIA participants, the DOL states, because the alternatives would face “the same legal standards” established by the new final rule.

Another significant slice of the new final rule addresses fiduciaries’ proxy voting duties. The DoL recognises that the SEC has been ploughing this same regulatory ground, as well as the Commission’s recent ESG proposals.

“The SEC also is conducting rulemaking on disclosures by mutual funds, other SEC-regulated investment companies, and SEC-regulated investment advisers designed to provide consistent standards for ESG disclosures, allowing investors to make more informed decisions, including as they compare various ESG investments. The Department will monitor those rulemaking projects and may revisit the need for collateral benefit reporting or disclosure depending on the findings of that agency,” the preamble notes.

The DoL final rule removes current ERISA language that could be read to minimise the importance of fiduciaries voting proxies, including two “safe harbours” now seen to encourage abstentions from votes. This doesn’t mean fiduciaries should always vote proxies. Instead, they should “take steps to ensure that the cost and effort associated with voting a proxy is commensurate with the significance of an issue to the plan’s financial interests”.

Investment advisers should have P&Ps around proxy voting and periodically review these guidelines. They also should “assess the qualifications of [their proxy voting adviser], the quality of services offered, and the reasonableness of fees charged in light of the services provided”.

The private fund industry let the DoL know after its proposed rule that fund managers “would face operational challenges” in squaring up conflicting plans’ proxy voting policies. Given this difficulty, the DoL would give pooled investment vehicles an additional year to comply with the rule’s proxy voting standards from the Federal Register publishing date.

A 2020 study gets quoted by the DoL claiming that investment managers globally spent $745 million on “ESG information”. The DoL estimates that nearly 150,000 plans “will consider ESG factors in their investment practice”. While it acknowledges that some believe ESG investing costs more and may deliver lower returns, the DOL counters “that climate change also represents an investment opportunity” that could “produce increasingly attractive yields”.

The DoL places the aggregate cost to the industry of this new rule at $135.4 million in the first year “with no additional costs in subsequent years”.