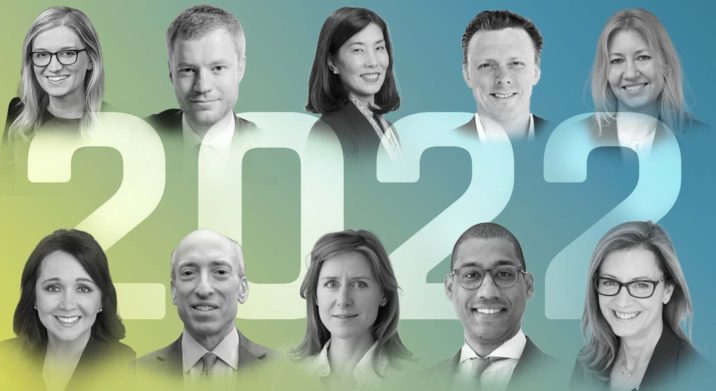 Who will shape the private markets landscape when it comes to sustainability, impact and ESG in 2022? New Private Markets has pulled together a list of 10 individuals we believe are in a position to make a meaningful impact in 2022. They come from across the private capital ecosystem – investors, managers, external agencies. Some will create an impact by wielding influence over large pools of capital, while others will plant smaller seeds that will set an example to the rest of the community.

2021 was the year climate solutions emerged as an asset class; in 2022 it will attract capital in earnest. While there are plenty of execs leading budding climate-focused strategies at well-heeled private markets firms, Clara Barby – recently instated head of Just Climate – is one to watch.

Just Climate is an offshoot from Generation Investment Management. Founded by the Generation team executives, as well as Harvard Management Company and Generation chairman and former US vice-president Al Gore, Just Climate’s mission to “institutionalise climate-led investing”, according to a statement announcing Barby’s appointment. 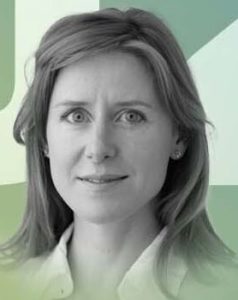 Barby is a seasoned impact executive with a pedigree in impact measurement and reporting. A long-time partner at pioneering impact firm Bridges Fund Management, she led the establishment of the Impact Management Project as a secondee from Bridges and, in 2021, spearheaded the IFRS Foundation’s work to establish the International Sustainability Standards Board, as announced at COP26.

CalPERS sits on the investor side of a $4 trillion private markets initiative to deliver reporting standardization through the ESG Data Convergence Project. 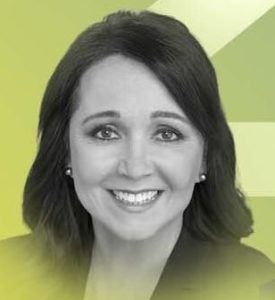 Under Marcie Frost, CalPERS’ chief executive, the project is just the latest in its push to institutionalise sustainability at the $486 billion pension investor. Since joining in 2016, Frost has increased the implementation of sustainability procedures throughout CalPERS’ investment groups. Most recently, prior to launching the data convergence initiative, CalPERS became a founding member of the Climate Action 100+. The global initiative is pressuring large corporations to reduce polluting greenhouse gas emissions.

Now, by making CalPERS the lead LP in the Data Convergence Project, Frost has added a large dose of what any such project needs: the backing of large influential investors. This year will see the project gather its first round of annual portfolio company data, marking what could be a game-changing development in the long-running bid to harmonise private equity ESG reporting. 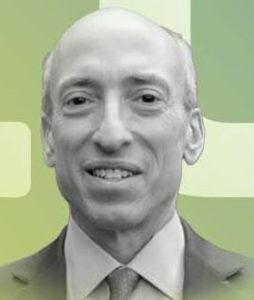 Few individuals have the power to influence ESG in private markets like the SEC’s chair Gary Gensler. The Goldman Sachs veteran turned financial bureaucrat began his tenure as head of the US’s regulatory agency in 2021 with a goal of reforming the private funds industry. To account for what the SEC has long viewed as problematic loopholes benefiting investment firms, Gensler has set the agency’s sight on one of the market’s new and most popular strategies. The SEC’s ESG risk alert issued last April served as a warning shot to firms that reporting documentation will soon be required to back up sustainability claims.

While the EU may be more advanced on its sustainable finance regulatory journey, for a huge number of private fund firms it will be SEC action that brings it home. Gensler and the SEC are looking to announce rules this year that will implement a phased approach to mandatory reporting of greenhouse gas emissions as well as climate risk management plans. 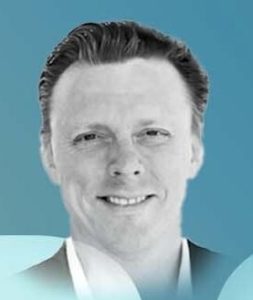 A “lighthouse” initiative: this is how Anders Misund described the EQT Future fund, speaking to New Private Markets in October. The long-hold private equity fund – which has a fundraising target of €4 billion – is EQT’s version of an impact fund, and Oslo-based Misund is leading the initiative. Per his description, the fund is intended to provide a guiding light to the wider private markets establishment.

There is merit to this analogy. If the fund hits its target, it will be the largest private fund in the world to link its carried interest to sustainability metrics. While we have seen a handful of firms linking carry to impact or ESG targets, including a notable EQT alumnus’ firm Trill Impact, these tend to be emerging managers or impact specialists that are raising capital in the hundreds of millions, rather than billions. EQT is the first ‘blue chip’ private markets firm to take this step. If it enjoys fundraising success in 2022, it will indeed show the rest of the industry a new direction of travel.

Deborah Orida is the first chief sustainability officer and the head of real assets at CPP Investments, Canada’s third largest investor, with assets worth C$541.5 billion ($424.4 billion; €376 billion) and a 61 percent allocation to private markets. Orida was appointed CSO in October and oversees CPP’s 17-person sustainable investing team. In a statement following her appointment, Orida said CPP planned to continue “investing in the whole-economy transition required by climate change – across sectors, asset classes and geographies”. 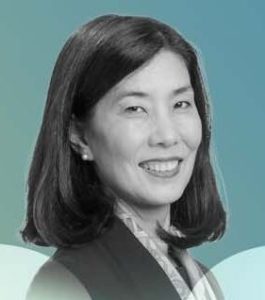 Notably, the giant investor is plotting to grow its natural capital exposure. CPP’s Sustainable Energies Group – overseen by Orida in her position as head of real assets – committed $20 million in October for South American forest preservation to generate tradeable carbon credits. A relatively small dollar amount belies what could be a large impact. CPP is looking to scale in this sector: “We’re thinking this market could be 15 times bigger by 2030 and 100 times bigger by 2050 – while this [$20 million] is a small investment, we think there’s a genuine opportunity for us to scale in it,” Bruce Hogg, head of SEG, told affiliate title Agri Investor.

Natural capital is likely to be a major private markets trend in 2022 as investors and managers seek to protect biodiversity and invest in carbon credits and offsets to meet decarbonisation targets. Leading the charge for one of private markets’ most sophisticated institutional investors, Orida is certainly one to watch this year.

“How do we plot a course to net-zero emissions?” 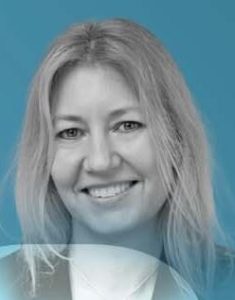 If they haven’t already asked it, this is a question we expect to be on the minds of many private market executives and investors in 2022. The Institutional Investors Group on Climate Change will most likely play a role in providing the answer. The IIGCC, which has been helmed by Stephanie Pfeifer since 2005, is a European investor collaboration with more than 360 members managing assets in excess of €49 trillion.

Its mission is to enable the investment community to make progress towards net zero, and it has founded the global Paris Aligned Investment Initiative, which has in turn produced the Net Zero Investment Framework. This document, which gives members a blueprint to align their portfolios with a 1.5C net-zero emissions future, guides investors on four asset classes: listed equity and corporate fixed income, real estate, sovereign bonds. This year – by the end of Q1, New Private Markets understands – it will include a framework for private equity portfolios, galvanising investor action around the world. 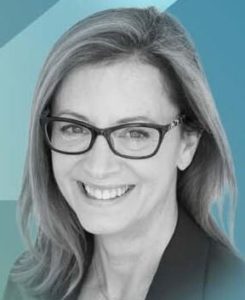 This month, Jean Rogers steps into arguably the most prestigious role in private markets sustainability, shaping the ESG approach of the largest private equity and private real estate firm in the world. Last year, Blackstone, the $731 billion AUM private markets gorilla, started mobilising significant resource in a bid to position itself as a sustainability leader. It went on an epic hiring spree and set about internalising its sustainability processes through new reporting requirements for portfolio companies and setting carbon footprinting and reduction targets.

Recruiting Rogers, a “rock star” who can justifiably be credited with introducing ESG reporting to the US by forming the Sustainability Accounting Standards Board, was the icing on the cake. This year, we will see how Rogers continues to advance what she has described as an “ESG revolution” at the biggest shop in the business. 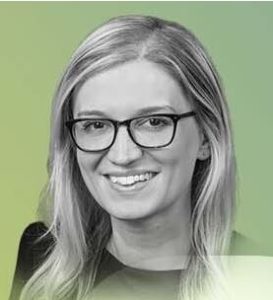 Carlyle is leading the heavyweight group of firms, which includes the likes of Blackstone, CVC, EQT and Bridgepoint (owner of New Private Markets’ parent company PEI Media), that make up the manager side of the ESG Data Convergence Project. As Carlyle’s sustainability lead, Megan Starr is not only integral to the project, she instigated it, New Private Markets understands.

Starr, who previously helped build the ESG and impact businesses at Goldman Sachs, is a true thought leader in private markets sustainability and has ensured that Carlyle is at the cutting edge. For example, the firm is among the groundbreakers when it comes to innovations such as sustainability-linked loans. If the Data Convergence Project succeeds in coalescing investors and managers around a common set of metrics, as we expect it to, then Starr will have helped put a pin in one of the industry’s most pressing issues.

Investors in the US with an interest in addressing racial inequality may well find themselves in discussion with Eric Taylor. Former Brightwood Capital and Goldman Sachs alumnus Taylor founded Trident, a private capital manager in 2017, and is currently fundraising for the Trident American Dreams Fund I, which will “use proprietary quantitative technology to invest in overlooked and underserved small businesses in the US with a lens for generating significant alpha, while sparking positive social and economic change in minority communities”, the firms says. 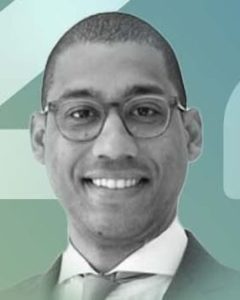 One of the elements that makes this not “just another mid-market buyout fund” is the high profile of some of the individuals and institutions that have already got on board. The fund has drawn anchor commitments from Bank of America and Moody’s , as well as high-net-worth backers including Vista Equity Partners founder Robert Smith, Essence Ventures founder Richelieu Dennis and Brightwood Capital Advisors co-founder Sengal Selassie.

Trident hopes its focus on diversity, equity and inclusion will help it achieve alpha. About 60 percent of the firm’s employees are people of colour, as are 60 percent of the people who run its portfolio companies. “It’s not about doing diversity for diversity’s sake, but widening the aperture to drive value for limited partners as well as underserved communities,” Taylor told affiliate title Private Equity International in October. With fundraising well on its way, 2022 could be Taylor and Trident’s year.

In a year when net-zero commitments should start coming thick and fast, firms will look to early movers for advice and inspiration. Family office-backed Bregal Investments was among the first firms to have its emissions reductions targets validated by the Science Based Targets Initiative in November, alongside Astorg, FSN Capital, Hg, Intermediate Capital Group and Investindustrial. Bregal’s head of ESG, Alvar de Wolff, is co-chair of the initiative Climate International’s working group on net zero and SBTIs (with Investindustrial’s Serge Younes) and has been in the thick of early discussions about emissions reductions in private equity. 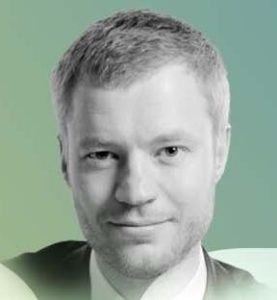 This alone is not why we believe de Wolff will shape the industry in 2022. This could be a pivotal year for Bregal’s Sustainable Development Fund, a pool of capital put in place to provide low-cost loans to allow Bregal portfolio companies to invest in sustainability measures. The fund, spearheaded by de Wolff, exists to solve a problem; the payback period for ESG-related improvement projects may be too long for portfolio company boards to approve use of scarce equity or operating cash to these projects during a PE ownership lifetime. So, another source of funding is needed.

Thus far the relatively small debt fund (€50 million) has been capitalised by Bregal itself, but it is considering opening it to external investors. As private companies begin to set their own net-zero targets, they will require long-term capital to finance improvements. Bregal’s Sustainable Development Fund could well provide the blueprint.